Red Honor 7X arrives in US for St. Valentine’s Day

Two months ago the Honor 7X was officially introduced to global markets. Now the Huawei subsidiary midranger is making its way to the United States in a classy Flame Red color. According to Honor, the launch is related to the upcoming St. Valentine’s Day next week, matching LG’s strategy with the new Raspberry Rose V30. 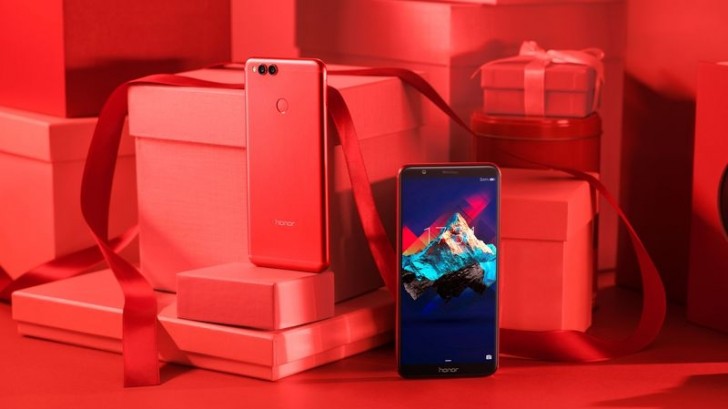 Aside from the color, everything else in the new variant is the same as the original Honor 7X. It has 5.93” FullView display, Kirin 659 chipset, dual cameras and 32 GB internal storage. The battery is 3,340 mAh and the OS is Android Nougat with EMUI 5.1 plastered all over it. The US version of the Honor 7X comes with 3 GB RAM.

The special color has the same price as the initially introduced Black and Blue options - $199.99. The 7X is available at retailers like BestBuy and Amazon as well as Honor’s own online store, but beware - the phone works only on AT&T and T-Mobile networks.