Xiaomi sub-brand Redmi is getting ready to launch yet another smartphone, not that anyone is surprised anymore. This one may be confined to the company's home market of China, though, as its predecessor was.

We're talking about the Redmi 20X, which, logic dictates, would be the successor to the Redmi 10X from last year. That model arrived in China in June, so we may be looking at a similar release timeline again. 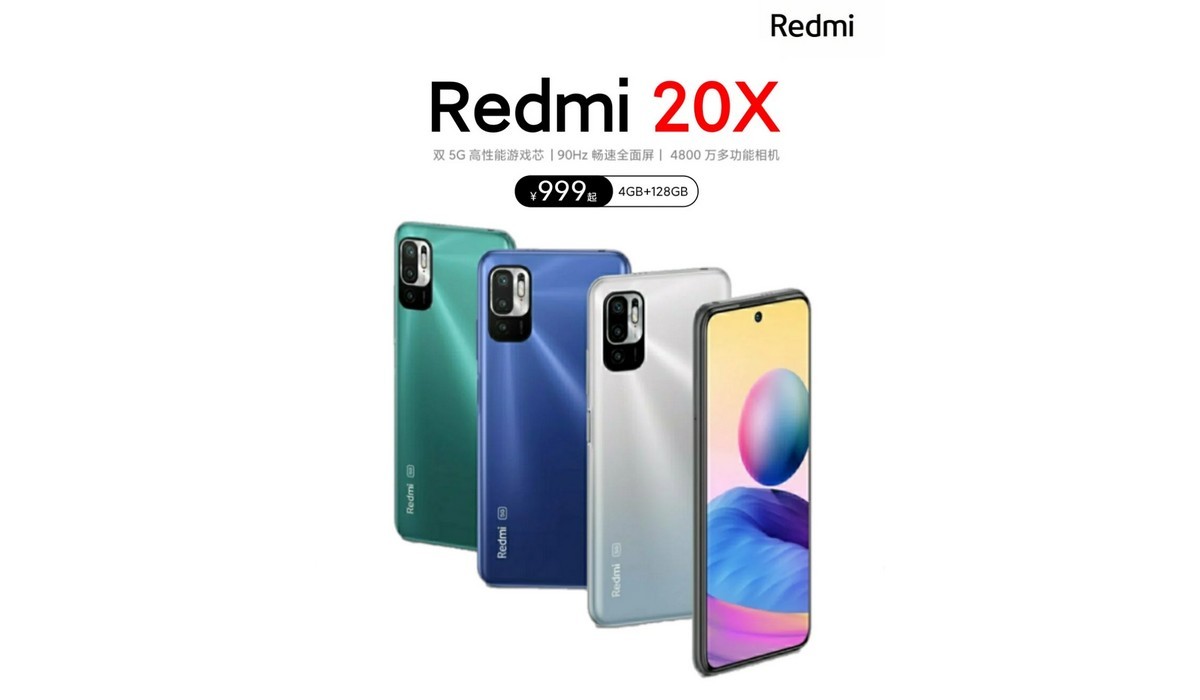 The promo poster you can see above got outed on Weibo, and it shows us the phone's design, tells us to expect four colorways (black, white/silver, blue, and green), and advertises 5G support, a 90 Hz screen, and a 48 MP main rear camera. The price for the entry-level version with 4GB of RAM and 128GB of storage is apparently set at CNY 999, which at the current exchange rates translates into approximately $152 or €128.

Past rumors and leaks told us to expect the Redmi 20X to be powered by MediaTek's Dimensity 700 chipset, and the phone to sport a 6.5-inch FHD+ LCD screen, a side-mounted fingerprint sensor, up to 6GB of RAM, a dedicated microSD card slot, a triple rear camera system with two 2 MP shooters flanking that main 48 MP one, an 8 MP selfie snapper, and a 5,000 mAh battery with 18W charging. It should boot Android 11 with MIUI 12 on top.

Seems like a Redmi Note 10 5G rebrand for China