An unknown Redmi smartphone, bearing model number M1908C3IC and said to be the Redmi 8, has appeared on TENAA with its images and full specs.

The smartphone is built around a 6.21" display having a resolution of 1520x720 pixels. The screen is turned off so we can't see the bezels at the top and sides clearly, but we can see that the phone has a thicker chin with a Redmi branding. The presence of an 8MP selfie camera at the top also confirms the display has a notch.

Around the back, the phone has a dual camera setup aligned vertically in the center with a 12MP unit as the main sensor. There's also a fingerprint scanner below the cameras along with a Redmi branding, and "Designed by Xiaomi" written further down below. 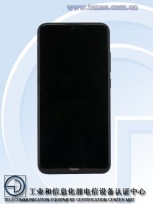 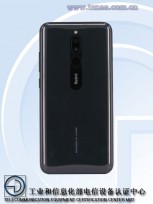 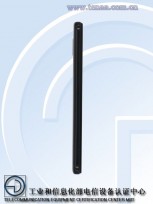 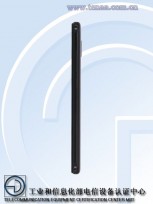 Under the hood, this Redmi smartphone has a 2.0GHz octa-core processor and will likely come in three memory configurations - 2GB/16GB, 3GB/32GB, and 4GB/64GB. The smartphone will have a microSD card slot as well, allowing storage expansion by up to 512GB.

Other specifications include Android Pie and a 5,000 mAh battery with fast charging support, but the charging speed is unknown.

Here's an update: After careful consideration, I truly think the BEST phone, is the one that's actually in one of three categories. And it is up to the user, to decide which category/personality they are, and hence which device suits their useca...

But you're going about this all wrong. As you increase screen size, you increase both the width and the length of the screen regardless of the aspect ratio. Now a phone that is more-squarish will increase in both axis more squarely, and a more rectan...

With 16:9 the biggee the phones gets the wider it is say Phone A with 6" 16:9 phone and Phone B with 6.5" 18:9 both will have same width but latter being taller will show more more content in portrait mode the orientation which we use in almost all s...