Redmi 9 shows up in a live image, quad camera for the masses

The Redmi 8 has been around for about 6 months now, which means it's due for a replacement. Apparently. A single live image of what is allegedly the Redmi 9 gives us a glimpse of what that replacement may look like.

And it's a promising future, one in which entry-level phones have quad-cam setups on their backs. The source lists the modules as a 13MP main cam, an 8MP ultra wide, and a 5MP macro unit, plus a 2MP depth sensor. 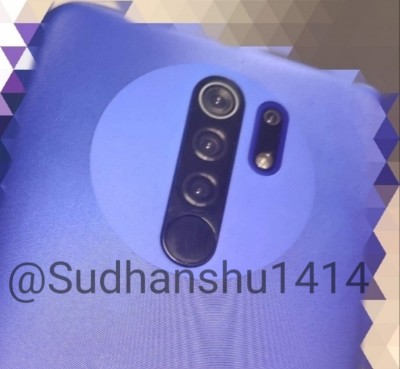 We're speculating the three actual cams are the ones lined up vertically, Redmi K30/Poco X2 style, with the depth-only module relegated to the side keeping the flash company.

The configuration is conceptually similar to the one on another low-end device, the Realme 6i that got announced recently. On paper, the 6i beats the 9 when it comes to the main camera (48MP vs 13MP), but loses in macro (2MP vs. 5MP), with the ultra wides and depth sensors tied.

It's not the only common trait of the two phones either. Sudhanshu Ambhore that delivered the leak has intel on the chipset to be used in the Redmi 9, and that's supposedly the Mediatek Helio G80 - same as the one powering the Realme 6i.

That "leaked" photo... isnt that clearly redmi note 8 pro? Anyway the trend is making the cameras packed in rectangular position..why stay the same like redmi8