Two days ago, Redmi’s upcoming “flagship killer” Redmi K20 was officially confirmed by the brand’s General Manager Lu Weibing. Its main feature will be the Snapdragon 855 chipset which will be a first for a Redmi device. Today Weibing went on to give out more details and posted a screenshot of the device’s AnTuTu score with the phone living up to its “Demon King” nickname scoring 458,754 points.

The current high score on the benchmark is held by the Xiaomi Mi 9 with its 371,423 mark. Seeing such a disparity between the two phones means that the K20 could probably come with the new UFS 3.0 storage and superior cooling technology.

The K20 will offer a 6.39-inch FHD+ AMOLED display with Corning Gorilla Glass 6 and a built-in fingerprint scanner. The 20MP selfie cam will be of the pop-up variety which will help minimize the top and bottom bezels.

Another highlight of the phone will be its 48MP main camera which will be accompanied by an 8MP ultra-wide and 16MP telephoto sensors. Battery wise we’re looking at a 4,000 mAh cell with support for 27W fast charging support. 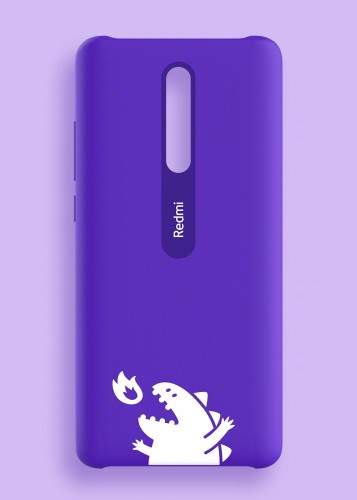 An official case also leaked with Redmi branding and the demon character associated with the phone. The phone will come in Carbon Black, Glacier Blue, and Flame Red colors. Previous speculations claimed the K20 might come as the successor of the Pocophone F1 in some markets, but we are yet to see if that's going to be the case.

I am mi fans. Love you mi