Yesterday news broke out that Xiaomi will introduce an Exclusive Edition of its Redmi K20 Pro handset for the Chinese market. We already got confirmation that the device will get a spec bump with the new Snapdragon 855+ chipset and some rumors pointed that it will also come with more RAM. Well, Redmi’s official Weibo account just confirmed that the device will indeed come with 12GB RAM which will be paired with 512GB storage. 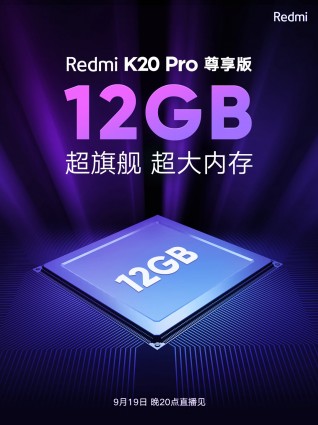 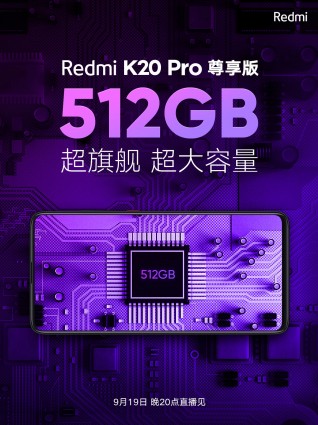 In addition, we also got our first look at the device and it looks identical to the regular K20 Pro from the front and back. The rest of the spec sheet will most likely remain unchanged with the 6.39-inch Super AMOLED display and the 20 MP pop-up selfie camera up front. 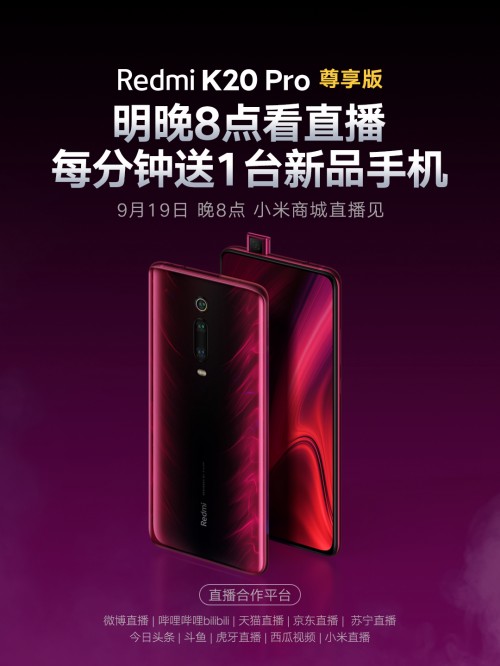 Around the back, the new phone will feature the same triple camera setup with a 48MP main shooter alongside a 13MP ultrawide sensor and 8MP telephoto lens. Battery wise we’re still looking at a 4,000 mAh cell which supports 27W fast charging.

The company will broadcast the announcement live tomorrow starting at 8 PM Beijing time so stay tuned for our full coverage.

IP certification is much more costlier gimmick and is complete useless. No warranty on your phone covers your water damage so even IP69k when your phone gets water damaged you have to pay very expensive repair which would cost equal to a same bran...

You get me wrong, what's wrong with my sd845 devices for now and two years later? When 5g is ready, now did you get my point? I'll stop following this upgrade BS, new chipset every 3or6 months, new os upgrade os every year but lack of new innovative ...