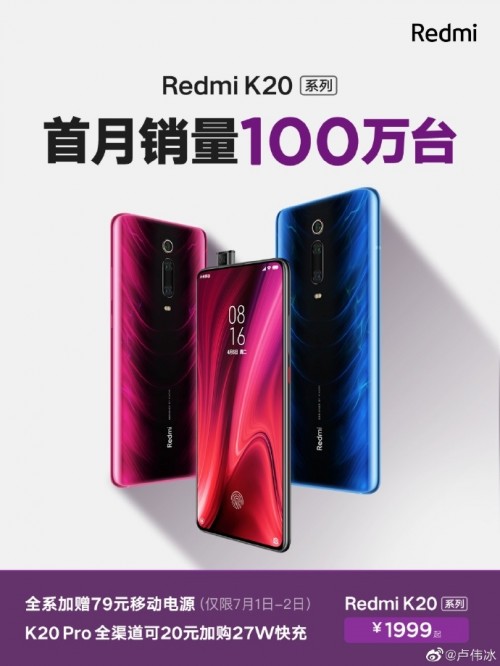 The series was introduced on May 28, which means the company needed just 4-5 flash sales to push over a million smartphones.The numbers might have even been higher, but the production capacity is seemingly limited at this point - the Pro version isn't even available outside China yet.

To celebrate the seven-digit sales, Redmi brand manager Lu Weibing announced promo sales in China - every buyer of a Redmi K20 smartphone will get a 10,000 mAh power bank, while those who choose the Pro variant will have the option to buy the 27W charger for just CNY29 (less than $5). 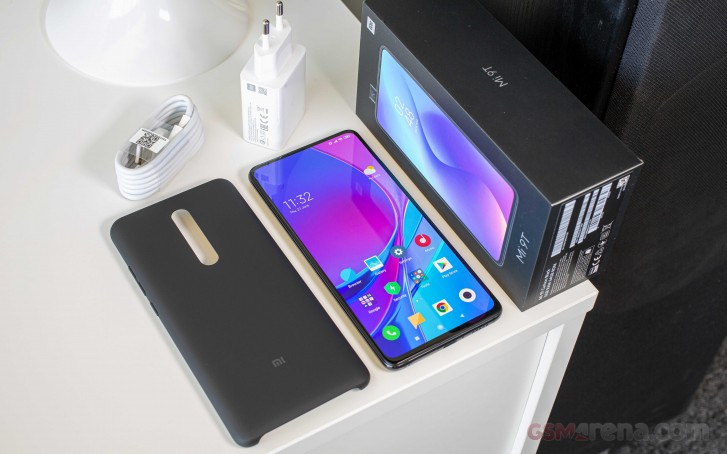 Weibing did not reveal whether the results are only from the Chinese market but it is likely the case. The Redmi K20 and Redmi K20 Pro are yet to arrive in India, while other markets will see only the former under the name Xiaomi Mi 9T. This past weekend we finished our review, so don’t forget to check it out as well.

The ridiculous overpricing killed it

yeah, and it's not released on here heck, their only phone that not counted as "budget" is only poco f1 and mi 8 lite (yeah, not even mi 8 released in here)

It's just marketing, it's just numbers sold and no specifics of where and whom the one that bought them. A shareholder meeting isn't the ones that just posted on any social media platform. It's clear that the one that they're mainly targetting in thi...