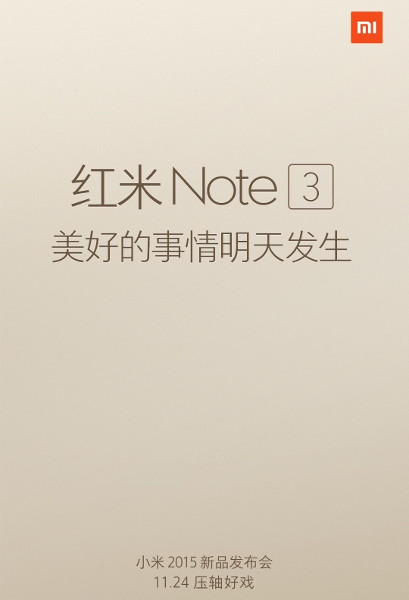 This was revealed by Xiaomi itself in a teaser image (shown above) posted on its official Weibo account. So, we'll see the successor to the Redmi Note 2 smartphone - which was released back in August this year - being made official tomorrow.

Xiaomi President Lin Bin also recently posted a teaser image of the device on his Weibo account, revealing a metal design and fingerprint sensor on the back.

when will it launch in malaysia and what is the price?

When will actually Mi note 3 will be launched in the indian market as i have no cellphone and want to buy note 3 asap. Is there any way out to get it or any exact time when it will be available in india...