Xiaomi officials introduced the Redmi Note 7 on January 10 and later the brand president said his team will push 1 million phones in its first month of sales. After reaching the milestone on domestic soil, the phone eventually rolled to India and Europe, and now it is aiming to reach 4 million sales by the end of March. 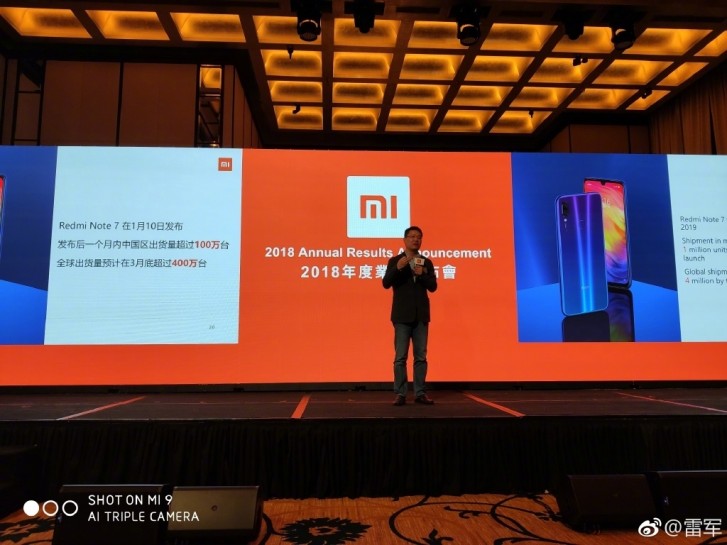 Lei Jun, the Xiaomi CEO, posted the forecast on Weibo, which was part of the annual results conference of the company. Doing the quick math, it appears Redmi is selling 50,000 Note 7 smartphones every single day. Industry officials compare the success with the Honor 8X story where it shipped 10 million devices globally, making it one of the most remarkable campaigns for a midranger.

The 4 million milestone was likely reached by adding the Redmi Note 7 Pro numbers, but that's still an impressive achievement. The total number for the new Redmi series is likely to grow even more with the arrival of Redmi 7 which will hit the market for its first flash sale in six days.

They would sell even more if they had it in some stores. I can only find old models - sometimes very old in stores in Europe.

But the 8X was the first that was sanely priced, and it remained that way for 3-4 months. Despite being in the market for so many years, Honor hasn't been able to create an image among the masses, at least here.