After the successful launch of the Redmi Note 7 the other day, Xiaomi is planning to release a more powerful Pro version too. The new Redmi Note 7 Pro is expected to hit the streets sometime February as per the initial announcement by Redmi. 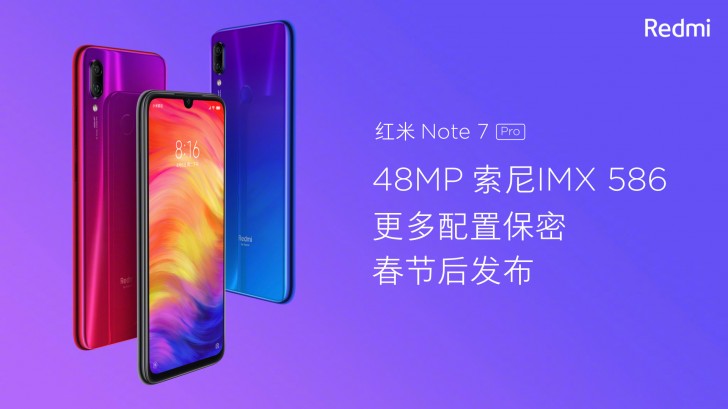 The new information, however, comes from the debris of Weibo revealing some key specs. For starters, the phone will have a 48MP camera, just like the regular Note 7, but this time with a Sony IMX 586 sensor. The Note 7, on the other hand, uses a Samsung ISOCELL Bright GM1 sensor. More importantly, though, the Pro variant will sport Qualcomm's brand new Snapdragon 675 chipset.

The SoC is expected to be slightly more powerful than the Snapdragon 710 but in order to keep the cost low, Qualcomm has slapped a slower GPU, less capable ISP and has used a more cost-effective 11nm manufacturing process.

Since the Note 7 Pro uses Sony sensor that can take real 48MP full res photo, this should be an interesting contender to fight against the Nokia 808 PureView, the Nokia Lumia 1020, the Huawei P20 Pro and the Huawei Mate 20 Pro in terms of mobile phot...

Quite same with SnD 710 and SnD 670 variant with different ISP chip to keep it low-cost.