Redmi is all set to unveil the Note 8 and Note 8 Pro next week. The company has already confirmed that the Pro variant will ship with a 64MP camera, and now it has released a new poster showing off the camera's ability to retain details even at 25x zoom, offering "hair level" clarity (machine translated from Chinese). 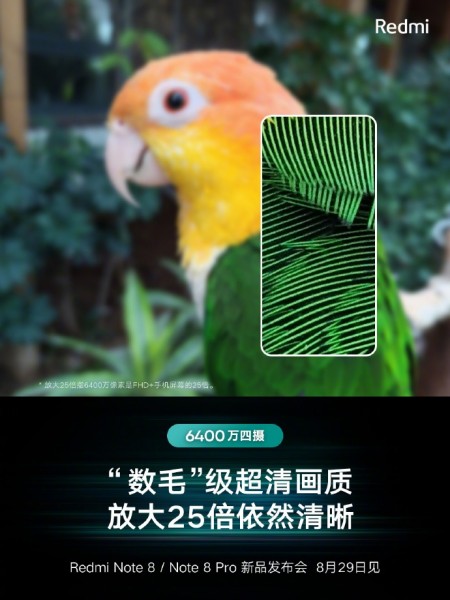 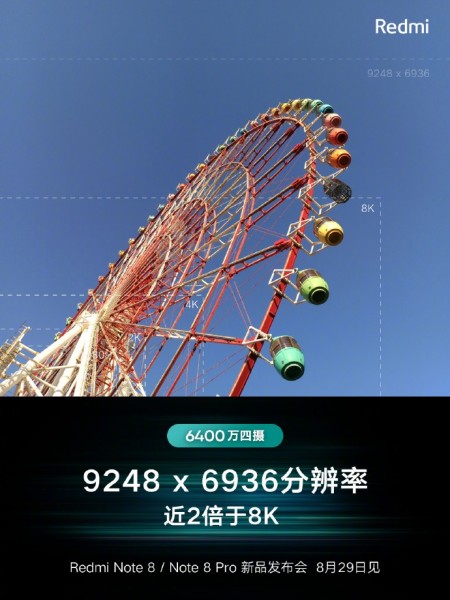 The Note 8 and Note 8 Pro will be both powered by the Helio G90T gaming-focused chipset, but the non-Pro variant will likely come with a 48MP sensor instead of a 64MP one.

The official announcement of the Redmi Note 8 series is a week away, but in the meantime, we are likely to know more about this pair through leaks and official teasers.

I would really like to try this phone because the camera. I will wait for the reviews on tou tube the I will get one for myself. Big battery, good fast charging great cameras and may be very good chip with best price in the category.

Hmmm, I think there is a mis-translation or I could be wrong. The 25X shown on the poster meant if you blow up the picture 25 times you still retain the details. It does not say it has 25X zoom.

Screen size should be 6.5 and above... it will justify for 64 mp camera picture and we can enjoy very much.