Realme is a challenger brand - a sister company of Oppo and Vivo - and its main strategy is to undercut Xiaomi and its successful Redmi lineup both by price and feature set - something no one thought was possible. But Realme is rather successful in this endeavor, and throughout 2019, this resulted in some fierce competition between the two companies, trading blow after blow with each new product. Two of their most popular phones are the X2 and Redmi Note 8 Pro, and with some time to spare around this year's holidays, we couldn't help but put these two in a direct battle on the (GSM)arena. 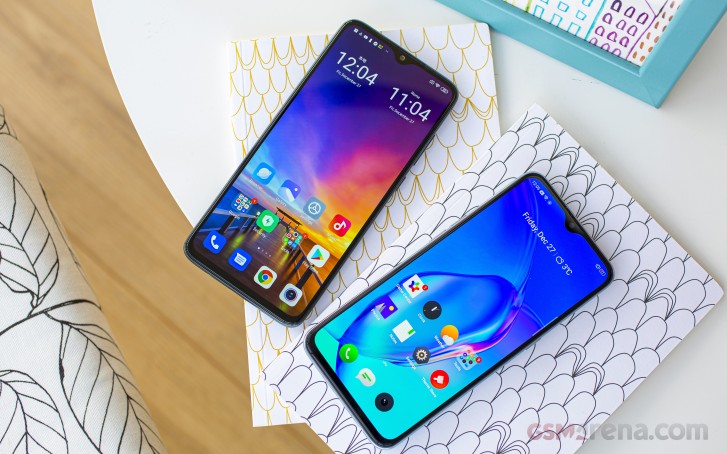 The Realme brags with a Super AMOLED panel and a high-tech under-display fingerprint reader, while the Redmi shines with a larger battery and the latest MIUI version 11 that's somewhat of a fan-favorite already.

Before we continue, let's take a quick look at their specs sheets. Or, if you prefer, you can check out the comparison of the specs of the two phones in our specs comparison tool.

The two phones are based on different hardware platforms - Realme has gone for a Snapdragon chipset, while the Redmi Note 8 Pro utilizes a Mediatek chip. You may think that this immediately puts the Redmi at a disadvantage, but this year Mediatek chipsets are on the rebound, and the Helio G90T is quite competitive.

Another difference in the equipment of the two phones is that the Realme offers a dedicated microSD slot and faster charging, while the Redmi has an IR blaster for remote controlling appliances. And with that, we've covered the most serious differences.

Now, it's time to cut to the chase and let those clash in some tests.

I think I will choose Redmi note 8 pro because of its powerful performance and long battery life like me gamers.