Xiaomi's Redmi Pro 2 isn't official even now, and maybe that's never going to change. A new rumor out of China today claims that the Redmi Pro 2 has in fact been canceled by Xiaomi.

It will be replaced in the company's lineup by a phone that's to be called Xiaomi X1. This will have two main hardware versions - one with a near-bezelless display, the other with a normal panel.

Update: As it turns out the X1 and Redmi Pro 2 are actually different devices so there's a chance we'll see both. 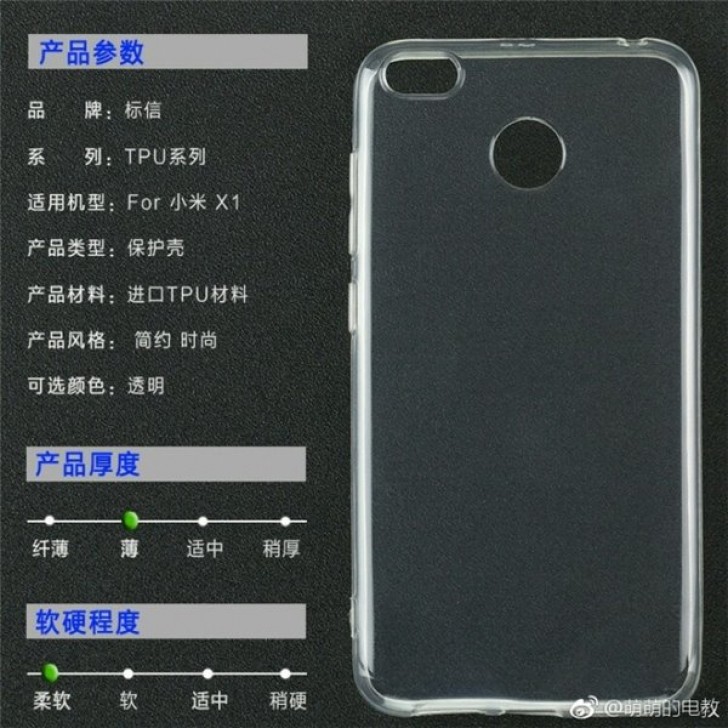 The former is supposedly coming with a 5.5-inch screen with 2,160x1,080 resolution, and the Snapdragon 660 chip at the helm. On the rear we'll get a dual camera system with Sony's IMX362 or IMX386 sensors, under which we'll find a fingerprint sensor. The hole for this is portrayed neatly in the image above, which allegedly shows a case for the upcoming X1.

The Xiaomi X1 is said to arrive by the end of this month, alongside the Mi 6 Plus and MIUI 9. Do however note that it's entirely plausible that "X1" is in fact just Xiaomi's internal codename for the Redmi Pro 2, or, for that matter, a device to be sold under any other name.

What do you think that the 'X1' mean? And it will be anew member of Redmi?