RedmiBook Pro laptops will be unveiled on February 25: Intel and AMD CPUs, 15" and 14" models

February 25 will be a big day for Redmi – besides unveiling the new K40 series of flagships, the brand will also introduce a new RedmiBook Pro 15 model. A model that has been teased since early January. 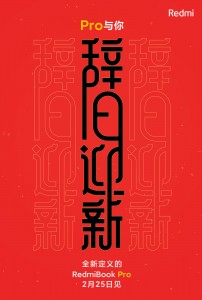 The RedmiBook Pro series will be unveiled on February 25

The laptop will be powered by an 11th-gen Intel processor, a Tiger Lake H35, a 35W quad-core/8-thread processor with Iris Xe graphics, all of that fabbed on Intel’s 10 nm Superfin process. There will be a Core i5 version as well. In both cases, an Nvidia GeForce MX450 GPU will be added for extra processing power.

The 15” laptop will have an aluminum exterior and a backlit keyboard. From some of the teaser images we can also spot a USB-C port and a full size HDMI port. What we can’t see (but Geekbench revealed) is 16 GB of RAM. And, yes, it will have a built-in webcam (which isn't the case for all laptops coming from Xiaomi).

And there will be an AMD-powered version too. That will be dubbed RedmiBook Pro 15S and will come with Ryzen 5 5600H and Ryzen 7 5800H chips. 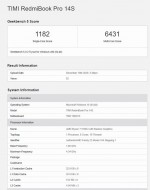 While it hasn’t been featured in the teaser campaign, a 14” Ryzen-powered laptop has been doing the rounds on Geekbench as well, the RedmiBook Pro 14S. This one will get a 15W Ryzen 5 5700U processor instead. It’s not clear if there will be an Intel-powered 14” model or not - that we will find out in a couple of weeks.

you are most definitely running a core 2 duo because modern cpu can do live encoding without even taking up too much power or release too much heat also they are just encoding a 720p video so there should not be any thermal issues the laptop just...

But sadly, I have to pay to remove the ads 😢