A rendered image was posted to Chinese social network Baidu that compares the upcoming Nokia Lumia 830 with the current Lumia 930 flagship. The design fits what we've seen in real-life leaked photos. 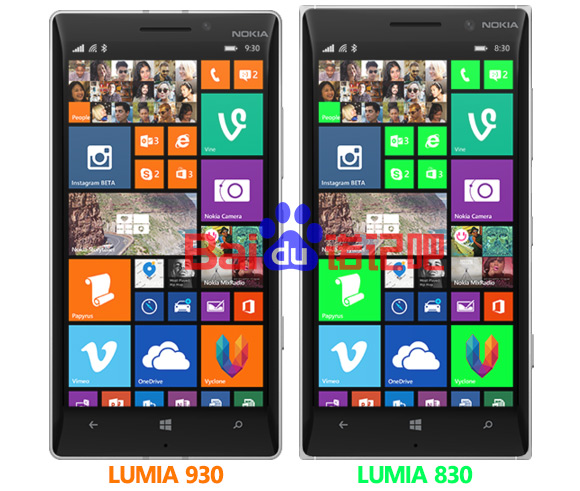 As for the screen, it is reportedly an IPS LCD instead of the AMOLED used in the 930. Previous rumors about the Lumia 830 put the screen size at 4.5-4.7 inch and 720p resolution. Unfortunately the Brazilian certification info is mum on that, so pick which rumor to believe.

The new mid-range phone is expected to have the same 20MP PureView camera of its big bro but be powered by a Snapdragon 400 instead of 800 (which would be partially made up for with the move to a 720p screen). The phone sports Microsoft Mobile branding and will be unveiled at IFA in early September.

i don't think so. but it makes sense to expect glance screen functionality. also AMOLED display can also have that, AFAIK

Nobody cares. Go away, troll.