Last month, Motorola announced the G8 Power, a G8 variant with a hefty 5,000 mAh battery packing a Snapdragon 655 and a 6.4-inch display. Lately, rumors are pointing to a “Lite” variant of the Moto G8 Power and there are leaked renders that prove its existence.

Thanks to Roland Quandt, we can see some renders of an unannounced Moto G8 variant, which Quandt claims will be known as the Moto G8 Power Lite. 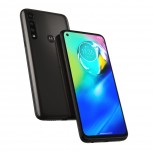 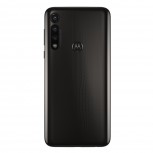 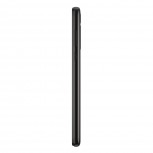 The only visual differences with this device and the G8 Power are the triple cameras (the G8 Power has four). If anything, the supposed G8 Power Lite may have a slightly larger lower bezel, but that’s about it. Otherwise, the phone has a punch-hole camera cutout for the selfie shooter, and there’s a Moto batwing dimple in the back that could very well be a fingerprint scanner.

Its crazy they releasing similar phone to G8 Power. Big question about nfc - still missing as from G8 power ? Anyway, I bought new phone already. And it was not G8 power due to fact thats its missing nfc (on all markets, I checked...)

I almost bought G8 power but then noticed that it doesn't have NFC so I got myself an Galaxy A70 and that cost me 249â‚¬. G8 Plus was an option... until I noticed it comes with Android 9 and 269â‚¬ price tag. They should rel...