Repair shop in China can upgrade the storage on your iPhone, iPad

What if you could take your iPhone to the shop and have more storage added? It's no longer an "if," at least in China where one repair shop has cracked the puzzle of upgrading iPhones and iPads.

Apple has software protection in place that verifies that the hardware is the right configuration. That is circumvented through a loophole that may be closed in the future. For the time being, the shop owner reports that 70+ devices have been upgraded and they work fine.

Some app data might be lost, some apps may need to be re-installed, but ultimately an iCloud backup can save you most of the headache. 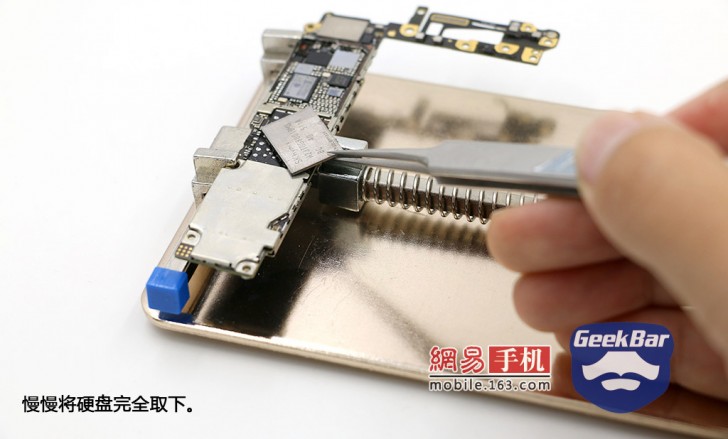 Working with these chips by hand is difficult, but special tools were created to help with the process. Even so, the motherboard on the iPhone 5s is too small and cramped to safely swap out the memory chip.

An iPhone 6 is much easier and most iPads reportedly work. There's no word on the new iPhone 6s generation though.

Apple charges a $100 premium each time you bump up to a higher capacity iPhone, but at the Shenzhen market this third-party upgrade costs only around $60 to go from a 16GB model to 128GB. The 128GB iPhone model would normally be a $200 premium over t...

My iPhone has lost its IC and not getting the porgramme, so how can i sent my iPhone to your address, as well as i want to upgrade my it's HDD from 16 - 64 GB

Wow, these chinese are pretty witty! Hats off to them! Good job! I was pretty sad this didn't come from the great and powerful USA. /s