Nokia announced three new phones just a few days ago, but unfortunately none of them were the fabled Nokia EOS. WMPowerUser received a tip from someone claiming to have seen the device in person (but didn’t provide any photo evidence).

The EOS phone is reportedly about the same size as the Lumia 920 but "much lighter". It is made of polycarbonate and while it's thick in the middle (as thick as the 920) it tapers off at the edges. 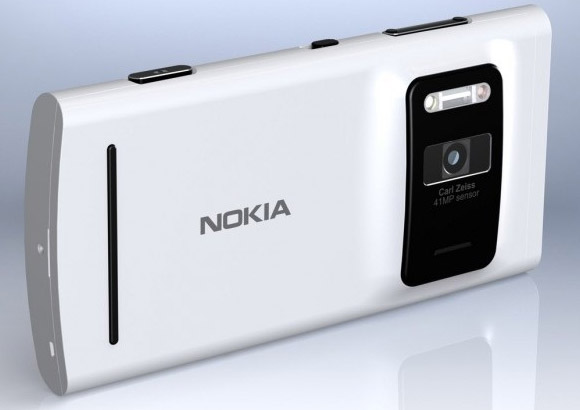 There's an automatic lens cover that opens to reveal a round lens housing that protrudes slightly and is smaller than that of the Nokia 808 PureView (this sounds like the back of the Lumia 925). The resolution is unknown since the label read "XX megapixels" (Nokia does this with its prototypes).

Next to the camera was a xenon flash (smaller than the one the 808 has) and two LEDs – one white for video light and one red for AF assist (the 808 has the exact same arrangement).

A special app – Nokia Pro Camera – was on the device and provided goodies like manual focus. The regular app is still on board, so Pro Camera is probably a Lens just like the Smart Camera on the Lumia 925.

Nokia 808 is a fantastic phone and Im really enjoying it, camera on phone is outstanding and i see no other smart phones can compete with this phone interms of battery back up and picture quality... it has got an amazing HD video recording...