The retail box of the upcoming vivo X20 smartphone has leaked in a couple of new images. The leak features retail boxes for the phone, and confirms some of its key specs, including Snapdragon 660 SoC and 6-inch display. 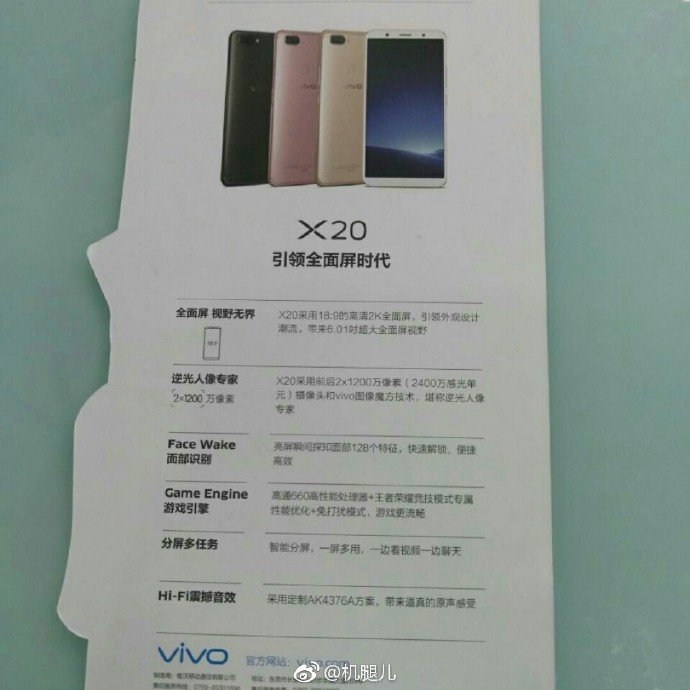 Other revealed specs include 2K (although it might actually mean QHD) display resolution and an aspect ratio of 18:9. The leak also re-confirms Face Wake feature and reveals Hi-Fi audio chip AK4376A.

The X20 is expected to have an all-black Mars Edition variant. The phone is set to be officially unveiled on September 21. Another device dubbed vivo X20A should also be made official on the same day.

I'll buy if price is right. Wonder if GSM will review this or any other Vivo phone.