An image of a retail box with the name Xiaomi Redmi 5 Plus popped on Weibo today. It is scarce of details but was enough to confirm that the Chinese manufacturer is redying an enhanced version of its entry-level phone. 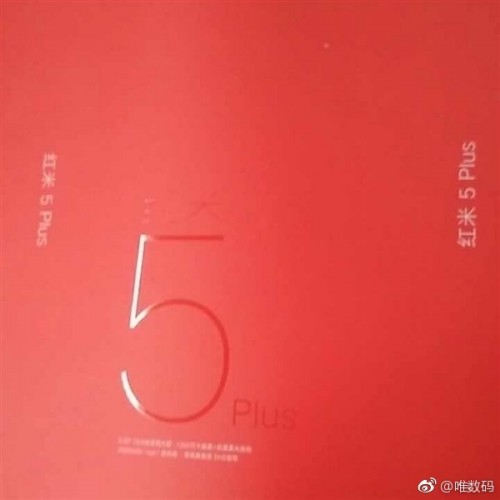 According to sources, the Xiaomi Redmi 5 Plus is expected to be the high-end version of the Redmi 5, which is also still unannounced, even though leaked official images pretty much confirmed the phone.

This is not the first time Xiaomi is introducing a Plus version of a device. Last year the Xiaomi Mi 5s was announced along the Xiaomi Mi 5s Plus with a bigger screen, dual camera and 20% mightier battery. The phone was also the first Xiaomi handset with 6 GB RAM.

Hopefully it's not a bigger screen the reason I like Redmi is because it has a smaller screen!

ya, many of them get it wrong as them dont know chinese