The OnePlus 6T event was pulled forward, but only by a day. Still, German retailer Otto mixed up its calendar and published the page for the phone, price and specs included. The page has been taken down since, but the Internet doesn’t forget.

The phone is listed at €580 and will ship in mid-November (the OnePlus 6 was €570 for the same RAM/storage). Most of the specs we’ve seen already, but there was a surprise. That aside, the card slot accepts two nanoSIMs.

The price is for the 8/128GB model and Otto claims that storage is expandable via microSD cards. This will be a first for OnePlus, so don’t take it for granted. Anyway, presumably there will be another option for RAM/storage too, but that one hasn’t leaked yet. 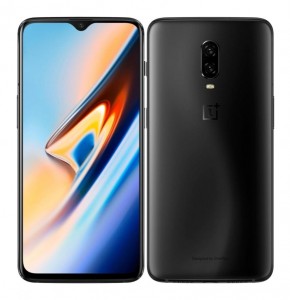 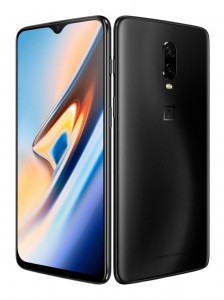 The screen is a 6.4” AMOLED with 1,080 x 2,340px resolution and it has a notch to house the 16MP selfie camera. The rear camera seems unchanged – 16+20MP, no word on telephoto or ultra-wide angle. The fingerprint reader is built into the display.

The OnePlus 6T is launching with Android 8.1 Oreo (this could be wrong, but even if it’s not, OnePlus has been quite quick in delivering updates recently). Naturally, the chipset is a Snapdragon 845.

Is in incredible the bull...t we can hear in this forum, the company that doesn't use SD slot is only because they don't want to pay any royalties, they don't care about you need. SD cards works perfectly , I am using them for digital cameras an...

The pricing in EU is consistently higher than the US.

Im happy with my Op1