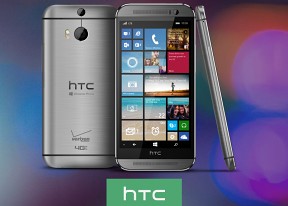 Kopi-O-Siew-Dai, 22 Aug 2014Right... And just because it is better than samsung galaxy s3, s4 and that's really the "... moreHey man 4mp ultrapixel not the normal cam it's too better than s4 and all

There's no clash of clans in windows phone..so definitely a big NO for me..thumbs down

AdamBoy64, 01 Sep 2014So.. like an OS comparison between Android and Windows Phone?Exactly right. Are the Android fanboys ready for this?

scroller, 28 Aug 2014Ok GSMARENA, how about a head to head with the two versions? Have you got the guts to do it?So.. like an OS comparison between Android and Windows Phone?

Ok GSMARENA, how about a head to head with the two versions? Have you got the guts to do it?

darkraver, 25 Aug 2014Well, WP does still not support NFC, screen mirroring, wifi tethering and some other stuff ali... moreYou need to get your facts straight before you comment. WP offers all these.. either you are an ameture to mobile phones in general or you blind android sheep

darkraver, 25 Aug 2014Well, WP does still not support NFC, screen mirroring, wifi tethering and some other stuff ali... moreAre you for real darkraver? Living under a stone?
Nokia lumia 920 was delivered with NFC, and that phone is almost 2 years old.
Miracast is coming with the 8.1 update, Wifi Tethering existed even on windows Phone 7 .. and what other stuff? Nothing you said was correct?

Am owning windows phone lumia 920 and feel great about it.The OS is buttery smooth for almost One and Half year,Hardware stands the time,using it roughly without any protective case(so that others will see its color).Droped it few times,but didn't cracked.Also,I think App store has enough "useful" apps unlike useles malwares which android calls it as apps.For me,anyone who thinks or writes Windows OS is worst,my kind advise,try to use a windows phone few weeks,you will definitly appriciate this OS.For android fan boys,I think no one can help you.

darkraver, 25 Aug 2014Well, WP does still not support NFC, screen mirroring, wifi tethering and some other stuff ali... moreHm,do you really know about latest Windows phone Cyan Update?All the features which you stated are added already in a better performing OS comparing to android.So,try to know latest fact and then comment,Ok.

Given the exact same Hardware, HTC could be smart(sales wise) if they would let people change between the 2 operation system using a simple tool. (by installing different rom image)

But of course, they're not going to do that

Carol, 22 Aug 2014If windows can't take advantage of this hardware, then..yeah, for sure android 'can'. Amateurs... moreWell, WP does still not support NFC, screen mirroring, wifi tethering and some other stuff alike...be free to correct me if i am wrong...
So yes WP cant handle M8 hardware in full

Carol, 22 Aug 2014Nokia is the king, rest follows... as always! And about the design:)))). Lumia looks like a sm... moreHAHA, you're comparing this premium device with Nokia's design?

Laughable. Try HOLDING the HTC One M8. It just feels so much better. Nokia are betting on a losing horse, that is Windows 8. Great technology, but their design dept is living in the 90's.

What about application or store of windows mobile

Nokia is the king, rest follows... as always! And about the design:)))). Lumia looks like a smart from the future, this one looks like all soap forms from 2007.

darkraver, 19 Aug 2014A strong phone with a fail camera, and a fail OS that can t even use all of its hardware advan... moreIf windows can't take advantage of this hardware, then..yeah, for sure android 'can'. Amateurs at their best!

paco2x, 20 Aug 2014"No wonder OEMs are staying away from Windows Phone" Oh really? Then why HTC seem... moreHave you not noticed that all these OEMs are just reusing their Android flapships for Windows Phone?? In other words, they don't even give a hoot or respect for Windows Phone. They are just trying luck with Windows Phone again since it is now a more mature OS. But how much commitments are they giving? Do you think HTC will provide the better support for this WPM8 just like the old Nokia did? Fat hope!

AnonD-39775, 20 Aug 2014you are a non sense troller. i said very clear: "htc m7 and m8 destroys almost all mobile... moreRight... And just because it is better than samsung galaxy s3, s4 and that's really the "ALMOST"?! FYI, iPhone takes better night stills than M8. M8 is not even with a OIS anymore. Face it man, 4MP is just plain sucks. Even an iPhone camera offers more photo details than M8 camera. And how often do you stay in the dark?? Frankly speaking, samsung galaxy s3, s4, s5, Note etc take BETTER day photos than the M8.

godliferis, 21 Aug 2014Htc good phone but windows os shit ;) I have been using windows phones for last two years, recently I purchased nexus 5, I would not hesitate to say that wp 8.1 is a more stable, rugged and user friendly. After using nexus 5 I am tempted to say that android is sh...
But I would not do that.