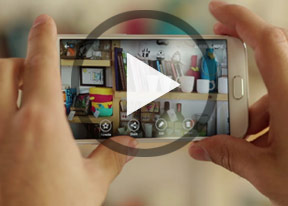 A good way to put all details in a small video. Excellent job.

At last! Good to see GSMArena getting with the video reviews that other sites have been putting out as standard for a long time now. Production values are high for this kind of thing but to be honest don't need to be. The phone's the focus, after all. Nevertheless, a great effort. Please make this the standard from hereon in. Looking forward to the G4 video review!

Anonymous, 29 Apr 2015Your English is quite good,they should understand everything you meant to say.Thanks :3

adding subtitles would be, not all of us can hear. Congrats

Anonymous, 29 Apr 2015Lets hope it will not lag after 6 months of use.Lack of other subjects!

@rudi_setiakawan, 29 Apr 2015How about merge or insert video review with reguler review in the one tittle??? I think you sh... moreYour English is quite good,they should understand everything you meant to say.

Love the videos! Keep them coming!

Was a cool video but some constructive criticism is try not to sway around so much it can be a bit distracting. Did also feel a little bit rushed but it was a welcomed change overall.

How about merge or insert video review with reguler review in the one tittle??? I think you should put the video review in the last page before conclusion... Sorry im bad in english, im not use translator.. Wish you know what i mean

Lets hope it will not lag after 6 months of use.

Finally got time to watch the video and I must say I am darn impressed with this new initiative of GSMArena. Kudos.

I like the guy who did the review by the way. But he should be a little more bold. Like at finishing he said, S6 won't be a compromise in comparison with iP 6 in terms of build quality and materials. I don't know about materials but comparing iPhones' build quality with anything, let alone S6, will be a real disgrace for any phone. I know that this is business of you guys and if you want to mention every true fact about Apple there is a chance that you guys could go out of business, but try starting to do that. You guys will find other major players funding you.

Always be open minded, as you guys always were, the sole reason for me to choose this site over anything else, for past 12+ years and counting.

Anonymous, 28 Apr 2015I totally see your point and while I agree on your reasons, there is space for both right?Don't you see already too much opinions(in fact they are already unsatisfied...maybe just the beginning of a downfall)from armchair critics giving advices to Gsmarena about how a video review should be!?! Thats exactly what I feared in the first place. I sincerely hope Gsmarena remains the way it is now, otherwise someday the written review will deffinately be the second driver of the team.

Nice...
Good job GSMArena, I would love to see more like this review.
Thanks in advance.

that guy looks like beaker from the muppets. Also, no need for fancy reviews with edits, just raw reviews that state facts.