PengHo, 02 Mar 2020Well K20 Pro does not necessarily have better cameras than the Oppo Reno3, can't just compare ... moreYou are correct but the K20 Pro has very similar cameras to the Oppo and the IQ differences will be minor at best especially considering people view photos on a mobile screen and not blown up at 100%. In that regard the K20 pro has all the camera types the Oppo has including the tele lens and UWA camera. The K20 pro doesn't have as bright a screen as the Oppo but its completely notch free which for me is a HUGE difference.

And of course SD 855 vs Mediatek P95 there is a pretty big difference and the 855 is far more future proof than a Mediatek P95.

And last but not least the K20 pro is actually cheaper than the Oppo by more than 10% which is decent.

Funny thing the OLED panels of Reno 3 pro are more brighter than whole latest Samsung high end phones when it comes to manual even in auto mode brighter than note 10 plus/ note 10 and S10 plus!.

Whackcar, 02 Mar 2020The primary reason people come to Gsmarena reviews is due to your extensive details about all ... moreYou're right! I think GSMArena is the only site that does a detailed review of the wired audio quality of the phones, at least it's my primary source for that. Sound clarity it's one of the decisive factor when I buy a new phone, hope you guys won't get rid of that! Cheers!

Another pricey phone with no OIS image stabilization. I'll pass. Without image stabilization, photos taken handheld at low-light or telephoto will be blurry due to hand shaking. That's when phones will compensate by increasing ISO. You won't notice it in studio shots because the camera is placed on a tripod. In real life, you will notice.

BrendonF, 02 Mar 2020For the price I don't think the Oppo Reno3 has much usecase. The K20 pro is another chinese ph... moreWell K20 Pro does not necessarily have better cameras than the Oppo Reno3, can't just compare chipset when you have camera, display, speakers, etc.

Hello, i have been notice for long time, our team not specifying which camera sensor they have used in this mobile,

Talking about phone i still think that original oppo Reno and Reno 2 have better in term of look, and also thay both have no punch whole, well here they have gone with punch whole but still they haven't give any IP protection for the phone.

For the price I don't think the Oppo Reno3 has much usecase. The K20 pro is another chinese phone that has a much better chipset though its an older device and that may throw off a few people.

Other alternatives are the Samsung A71 which has very similar specs and a better processor. Only negative for the Samsung is the lack of a tele lens.

I dunno...for the price, the Redmi K20 Pro and Oppo's own Realme X2 Pro offer better processors and build quality, with the X2 Pro offering a 90Hz display and much faster charging, while the K20 Pro is significantly cheaper. The Reno3 Pro is an upper mid-ranger, and doesn't quite have what it takes to match a flagship killer.

Chavis, 02 Mar 2020We are redesigning our speaker loudness test and in the meantime we won't be posting any loudn... moreThe primary reason people come to Gsmarena reviews is due to your extensive details about all aspects of the phone, including speaker loudness, audio performance via earphones, call clarity, and so on. It's fine to change the methods of doing these tests, but please don't get rid of these aspects in your reviews. Practically every other reviewer does display, camera, battery and the basic stuff.

From this review it and the Oppo Reno 3 Pro is actually worse than the Oppo Reno 2, especially in the low light camera department. Maybe Oppo are trying to create a sufficient gap between the Reno 3 Pro and the Find X2.

Akez, 02 Mar 2020Why dont you review speakers loudness for now??? It's so important when playing videos.We are redesigning our speaker loudness test and in the meantime we won't be posting any loudness scores. We'll update our recent reviews with the scores, once the new test is ready.

Why dont you review speakers loudness for now???

It's so important when playing videos.

It seems worse than the oppo Reno 2

Not the best processing but at least seems better than s20u, pattern on building great so is more natural processing. 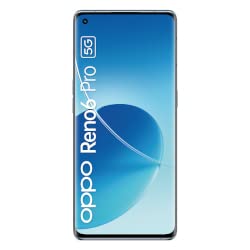