... ah, now I have seen the speaker test. I couldn't from mobile. Very bizarre.

elmirador, 28 Apr 2020Here in China since 8 is out Oneplus 7T Pro is just not available anywhere, not even in MSRP. ... moreSome here in the US. You can't buy the phone unlocked. They don't sell it anymore on their website. Very very shady.

Smithravi, 28 Apr 2020When People are able to spend 1070 Euros on chinese mobile and 1500 Euros on Korean mobiles. W... moreDon't care what Sony brand boys have to say.

The design looks so much like the Samsung Galaxy S8

Here in China since 8 is out Oneplus 7T Pro is just not available anywhere, not even in MSRP. It's like they know 8 doesn't hold the same value as 7T Pro so they just eliminated the option. That's a really shady move...

Anonymous, 26 Apr 2020Your statement of DAC doesn't matter, headphone matters more just mute whatever you said earli... moreI agree with you reg. DAC, and the presence of 3.5mm jack being unrelated directly to audio quality...
But, a true audio fan is likely to pick up a phone with 3.5mm jack, no less than it. Hence, its output is something that GSMArena must ethically review, to give a true picture of the internal DAC and the jack's implementation...

With this decision to scrap the audio test, they've totally ignored the phoneaudiophile customer.

Love it that after all the comments saying the 1+ 8 is greed motivated the "OnePlus co-founders get together to unbox the OnePlus 8, talk about what inspired the phone" fluffpice article disappeared :D

Does OP phones have esim options.

Oneplus is going to sell through Verizon. It’s done well on t-Mobile, but Verizon is a different level. It will either join the ranks of flagships, or sink into obscurity. They should’ve competed with Samsung by under cutting price! Big mistake. People are going to pay the same price as a Samsung, they’re going to expect the same level of Phone. One plus are fine phones but they’re not that good. Just bought a 7t. Very nice phone, and what oneplus should be shooting for.

Anonymous, 27 Apr 2020Lol nobody spending 1200 Euros on Sony except Sony brand boys. Well nobody sane would spend 1200$ on a smartphone, but the world we're living in is anything but sane, having said that, this phone makes more "sense" than the s20 ultra.

Smithravi, 27 Apr 2020Xperia 1 II is better than those bothLol nobody spending 1200 Euros on Sony except Sony brand boys.

Vicky, 27 Apr 2020Waiting for oneplus 8 pro review. Please compare with s20+. Which one better buy?They're very identical overall. It really comes down to whether you prefer Samsung software or Oxygen OS.

If software updates are important to you, then go for OnePlus. You receive updates faster, and get 3 OS updates. With Samsung, the updates come late, and you only get 2 OS updates.

Specs-wise, the two phones are very alike. If your region gets the Exynos SoC in S20+, then you need to consider that as well.

Wellington, 27 Apr 2020I was thinking to buy it to replace my OP5. Unfortunately OnePlus made a big mistake this year... moreJust get a 7 Pro or 7T Pro. It's better & cheaper than OP8. Will be a huge upgrade from your OnePlus 5.

Camera is downgrade.. too xpensive, not worth to buy!

I was thinking to buy it to replace my OP5. Unfortunately OnePlus made a big mistake this year. The phone just doesn't worth the price and it seems to be a downgrade, now costing $200 more than 7T. Big disappointment. I'll look somewhere else.

Vicky, 27 Apr 2020Waiting for oneplus 8 pro review. Please compare with s20+. Which one better buy?Xperia 1 II is better than those both

Dometalican, 26 Apr 2020Standby time plays a key role in that. That means that LG didn't do the greatest of jobs tamin... moreHopefully a software update fixes it.

V60 has a lot of things going for it. I don't need the latest and the greatest. Based on photo comparisons videos I seen....the spec wars are sort of redundant for the most part. The $400-500 I save with a v60 can buy me a short trip. I'd much rather do that than fall victim to the hype of spec wars these days

Waiting for oneplus 8 pro review. Please compare with s20+. Which one better buy? 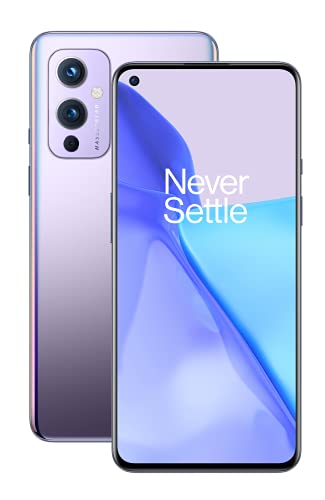