Anonymous, 31 May 2020Does this phone have adoptable storage enabled? It would be useful if you could mention thi... moreAccording to other reviews, it does support micro SD, and the camera app has an option to store the photos direct on SD card just like a regular camera.

But yeah, it would be great if they can mention the micro SD card support in their review.

Does this phone have adoptable storage enabled?

It would be useful if you could mention this whenever you review devices which have SD card support.

Is it available now in the market?

saved, 31 May 2020>>So much for these guys bragging about viewing 4k content. >>It's not even acces... moreHRR is turned on all the time except content consumption where you get option to turn on or off the ultra vision engine.
It's funny how you have to resort to lies about HRR smartphones.
While Sony downgrading from 4k regularly in variety of tasks is well documented in the review by Gsmarena that we trust.

Should be a great buy in a couple of months when the price tanks like a rock. At €1200 only die hard fans and people looking for something specific are gonna pay for it.

Csepa, 31 May 2020Samsung Galaxy S20 series are not a viable option in Europe because of the crapy Exynos proces... moreJust wait for the note 20 which will arrive with new generation cortex A78 based Exynos 992.

I'm so amazed to see how much effort and time to kill this phone... makes me even more courious about it... unfortunately it's still not available in my country.

Anonymous, 31 May 2020Read the gsmarena review carefully again blind boy. "We were able to play HDR content from... morebecause that would be the native RGB resolution of the screen. Fantastic, eh? Check what samsungs and 1+ report on their 2k and 3k screens. Don't jump in the window when you figure out that OLED has only 1/2 of the claimed resolution in red and blue colors

Anonymous, 30 May 2020No. All the gaming and 3D is in 4K. Every video you play locally is upscaled to 4K with HDR re... moreRead the gsmarena review carefully again blind boy.

"We were able to play HDR content from all major sources like Netflix, Amazon Prime Video and YouTube. Netflix in particular served HDR10 but was capped at 1080p, and we were expecting 4K. We did get the UHD resolution on the Xperia 1 back when we reviewed it, though it's limited to FullHD now as well.

As for Amazon Prime, that remained in 720p.

Fanboiis be getting triggered without reading whole review.

Anonymous, 30 May 2020According to Anandtech and Xda, the pixel size of the 70mm camera is 1.0 micrometer. https://w... moreMan you are posting the same thing again and again.
GSMarena already said in the review, it's a 20mp sensor marketed as 12mp.
They aren't cropping 12mp to 7 or 8mp.
They are cropping 20mp to 12mp for telephoto.

Samsung Galaxy S20 series are not a viable option in Europe because of the crapy Exynos processor which performs 20% lower the SD865 according to many tests. LG V60 unfortunately not available in Europe. We have OnePlus 8/8 pro, Xiaomi Mi 10/10 pro and OPPO Find X2 Pro.

dv, 30 May 2020looks like there's so many fanboy of other phone manufacturers that have probably never used a... morethat true

Gilvanio, 31 May 2020my battery life is amazing. xperia 1 user. sorry.Sony Xperia 1 only got an endurance rating of 79hrs from GSMArena. I think that's poor or at best average.

I'd want at least 90hrs. Obviously if you are happy with it then I've got no problem with that. I said I was disappointed with battery capacity, especially given some of its rivals have bigger batteries with less power hungry displays too.

Android Master, 30 May 2020No 4k in Netflix. Limited to 720p in Amazon prime. Limited to 1080p in gaming. YouTube limi... more>>So much for these guys bragging about viewing 4k content.
>>It's not even accessible half the time in a piss poor attempt to extend battery life.

so much for these guys bragging about 120 and 144hz displays.
HRR is not even turned on half the time in a piss poor attempt to save battery life.

Anonymous2137, 30 May 2020Just tested your mcpro24fps app on my XZ1 which lacks 25fps support via camera2api driver (onl... morelisten man, i do a videoblog with my XZ Premium which is no different from XZ1 except for the screen, and yes mcpro24fps complains there is no native support for 25fps, but it shoots 25fps in 4k with no framedrops.

on xperia 5 it shoots 10 bit video in log, and that's something that even filmic can't do.

and the video looks jerky because of exposure time; get yourself a variable ND filter and always shoot at 1/50s and you'll get the smoothness you're looking for.

Anders, 31 May 2020Sony don't want to you test the battery life because they know it will be terrible. Battery is... moreThis is hilariously and intentionally false. There are so many reviews from previous years Sony phones that have awesome battery life. Not always the best of the best, but never even close to bad battery life. 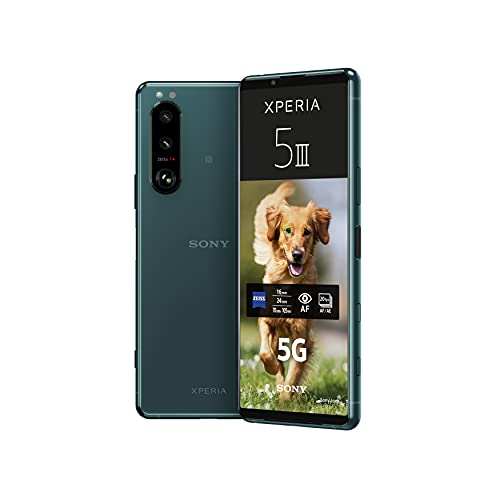