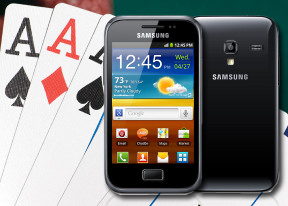 zafa, 15 Dec 2012guys can i bye this SAMSUN GALAXY ACE PLUS.... any problem in this mobile.... any ideaBattery life is only 1300 mah, easy to drained not reliable during emergency situation.

I own this Samsung galaxy Ace plus almost year now, at first it is comfortable to use but after a year there are some issue especially when your battery got drained and turn off of itself, it will charge but after a few minutes it will stop and you may feel that the battery is overheating then when you turn it on it will hang and it will takes you a long way to power cycle your handset. I recommend this handset will work only as back up phone not Your Primary Phone! Short in Battery Life Never use your phone using wifi & Gps at the same time it will only takes an Hour then your phone Battery will be drained. It is reliable in texting and picture capturing but not in Music Playing, Gaming, Mapping, & internet browsing.

nyc phone bt it doesnt have a front camera so u cant video call r take a selfie......plus i think there is something wrong with the battery .....ma phone was two months new but when i go to bed with the battery fully charged i wud wake up when its 2%.....just 8 hrs n it goes off...

I've bought this phone few weeks ago and it's amazing.

Really good for non-demanding users changing from "dumbphone" to "smartphone". It has everything you want, it's like iPhone3GS in most of its specs.

Only thing that it lacks is front camera, so video calls are no-go, and display doesn't have Gorilla Glass (actually, I'm not 100% sure).

I'm happy with the phone, I hope others will be as happy as I am.

Nice phone i want to purchase it

guys can i bye this SAMSUN GALAXY ACE PLUS....
any problem in this mobile....
any idea

Available for video calling or not?

i want to buy galaxy ace plus.. you all think this hp is good or not??

It is autofocus camera is better

Is this phone is a 3G phone?

the launch date of dis fone is 21st March ... if u want to buy it first den visit flipkart.com and pre order it...:)

When will this phone be coming to indian market...
so that i can purchase it.. plzz tell

waiting for the launch of this phone...

omg! not another galaxy?! how many are there! haha this is crazy! Galaxy is to a Hyundai as Apple is to a BMW. Samsung is the new nokia lol