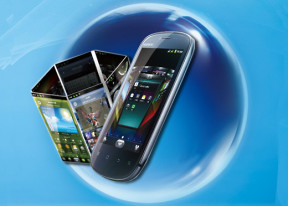 Anonymous, 13 Mar 2012That's the thing with Android, you don't compete on hardware and OS because every high end pho... moreHow much

What A garbage frnzz.... Really???Is a Mobile phone worth lik dis 1...u can't believe how dis company iz traiting us...Really a Not To Buy tagged smartphone it iz....itZz mah personal suggestion to mah frnzz... Caution:-Please Don't Buy This not even smartphone,It's a money waste,And it got hanged 3 times a day,and starts after i throw it on mah bed,sent it in care 1 month before for itz hanging and camera and bluetooth problem,Response from company is :You'll be charge 600 Rs. for motherboard and after paying full amount,i found dat they hadn't fixed those bugs.....this company is a shittt....please don't buy this smartphone and GSM arena please update your info about dis phone having a look at users revuews...thanxx for reading...Mr.AtTiTuDe

Look at all these FPS this phone records in low light:

Have had this phone for over 3 months now, without any problem.
very sturdy, dropped a few times on road - few dents here and there but intact screen.
I wish the battery capacity was higher though.

this phone died after 3 months. send it for reair got it back after three weeks and died within two days of getting it back.

Phone died after 9 days, only to get it back 3 MONTHS later saying there is nothing wrong with it.

For the 9 days i had it, the reception was bad, the battery was bad and it was very sluggish.

Excuse me Sir!
Can I ask you what happened to phone's connectivity features?!
Didn't put them in on purpose?! or it didn't had any?! (Specs screaming No real loud!) or maybe you forgot this section?!
Either way not so important...

[deleted post]i guess iPhone should be banned as well. as it's chinese phone.

That is called Yandex.Shell nowadays, not SPb Shell 3D.
https://play.google.com/store/apps/details?id=ru.yandex.shell

But honestly - there is no worse launcher for Android - laggy, ugly, bloated software that eats more than 110mb of RAM

lol those back looks like from htc.. oh welk spb shell eww.. lol

That's the thing with Android, you don't compete on hardware and OS because every high end phones are more or less the same. You only compete with price, looks and feels!

The phone is horrible. I have sold about 5 of them with 4 of them comming back as an ELF. DO NOT BUY!

And Sony also deserve to be above SonyEricson.

gsmarena, if you was glad with this smartphone, it means you are a bunch of liers. i had this bullshit for one week, i was desperate to give it away:
1-infernal bad signal
2-infernal bad camera and video "so called" hd
3-infernal weak speaker and headphones output.
a garbage device, do not touch it never !!!!