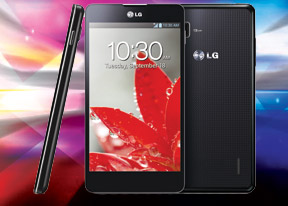 AnonD-252, 19 Sep 2012Liar!Are you in kindergarden?:))
Navigon's first three coments(set language on English UK):
"Florianbrenn - 29 August 2012 - Samsung Galaxy S2 with version 4.5Not working anymore
App crashes every time withing 5 secs of clicking the icon on my Galaxy S2. Very frustrating since it was rather expensive. I would recommend that people stay far away from this one
Eric - 23 August 2012 - Samsung Galaxy S with version 4.5Does not function anymore
Was working fine till aboutc a week ago. Tried uninstall install without success.

Christopher - 12 September 2012 - HTC One X with version 4.5Updates!
This app got me from London to the Ukraine border with no problems at all, well worth the money. However, since last update, fails to fix its position!"

Alui, 19 Sep 2012Hey guys, What happens to google play? Almost every free app has comments that it installs ma... moreLiar!

kill-for-exclusivity, 19 Sep 2012If this doesn't sell well i don't know what will After the Optimus 2X disaster I will never buy anything from LG! Samsung and HTC and... will also soon come with four Krait cores installed so it is better to wait!

If this doesn't sell well

i don't know what will

Hey guys,
What happens to google play? Almost every free app has comments that it installs malwar and random URL-s on your screen and many apps do not work properly(see the 60€ Navigon Europe).
https://play.google.com/store/apps/details?id=com.navigon.navigator_checkout_eu40&feature=search_result&hl=en_GB

the beast is here. i like it....when it will be in India (odisha)

AnonD-24171, 18 Sep 2012Actually most of these tests are jokes I saw how Krait gives better results in benchmarks but... moreNow i came to understand why Apple using Samsung chipset and LG screen pluse the Sony camera sensor :)

Actually yeah once the s3 is up and running on jb results will be quite similar.. that being said more than likely to be my next phone on the list

still the benchmarks r not that great than expected... i'll go wid dual kraits rather than thz quad krait since there is a slight variation in benchmarks, not huge...

the optimus G is LG's flagship device in the near future, so it seems LG won't make a smartphone with this 5" 1080p screen soon.

some people say that 1080p is not needed at 5". but i think that it is a big advatage because 1080p is the standard that all screens and all content aspire and converge to. so it's ideal to have the ideal resolution!

Would Love to see this phone running cm10

No doubt an excellent device and quick for the gamers. For me I am really interested in the intel chip devices and full WP8. I feel that in 6 months time these devices will capture a substantial market share and leave Android behind. I would rather wait. It seems these will be a great leap over Android in terms of real full integration with MS office etc.

Really sexy phone but going with the Galaxy Note II.

superb,but already doomed like all lg's to become dusty on the shelves of the stores

AnonD-24171, 18 Sep 2012Actually most of these tests are jokes I saw how Krait gives better results in benchmarks but... more can you read that its not yet the final man...
Optimus G. S3will eat more dusts...