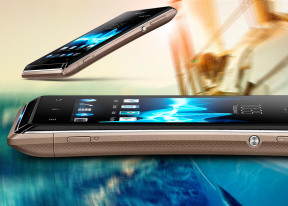 Primark, 12 Feb 2013what's wrong with the design? This is suppose to be entry level by the way, in fact this is mu... moredesire c has a better design+compact,so is lumia 520 design.

You get a Nokia Lumia 520 at the same price with an IPS 4 inch display and a dual core processor !!

hey guys i contacted sony support centre they r sayng there is no fixed date when its coming to india :-(

This or xperia U??

Dual Standby? You're a bit too late Japan, the market has already advanced to Dual Active with Galaxy Grand and Micromax Canvas HD.

This is actually great looking phone, and the size is right. But the specs... oh man...

if you're looking for dual-SIM android phones, you might want to consider Lenovo phones.
Lenovo offers many dual-SIM Android phones that have good price/performance...

I have to agree on the design though. This is not great but at least Sony is consistent in not recycling old designs. Much better than the fruit dealer design from 2007.

I'm happy to see Sony fixed the performance on their Cortex A5 models. On ics even. Hope they will issue an ics performance fix for Tipo and the others, would be good for their reputation.

The adreno 200 Enhanced is Ok on 320x480, keep in mind that this is 2.7x less pixels than 800x480, no stress for the gpu then. I tried Tipo and found it to have a very good graphics performance, better than Galaxy Tab 2 that has a much more powerful gpu but 1280x800 resolution, that's 6.6667x more pixels to handle! Of course the xperia E wins this battle.

Bloody horrible looking thing why is it Sony make disgusting looking phones, I am yet to see a Sony I actually like at least the Sony Ericsson partnership made good designs.

Jack, 12 Feb 2013Whilst I have always like Sony products, no one should buy any Android mobile phone regardless... moreI disagree. There are people who wanted to try android environment and it would be practical to buy an entry level device first, before going to flagship devices. If they'll like the Android OS or not, then its up to them if they'll buy a flagship one or go back to there preferred OS. Its wiser to buy an entry level device (especially with JB OS) if you're not familiar to what you're using.

AnonD-81738, 12 Feb 2013Nokia N8 anyone?? Xperia design's have been going down hill ever since Sony Ericsson was bough... moreyeah design is quite similar but specs are worst .

lmfao, way does this phone look like my sanyo Shaver. wat a fail in design from sony! lol

AnonD-81738, 12 Feb 2013Nokia N8 anyone?? Xperia design's have been going down hill ever since Sony Ericsson was bough... moreAnd that, friends is called an opinion.

Passing it off as fact makes it no less an opinion, so it is best to avoid trying to speak for everyone.