I bet when Samsung S4 releases, Xperia limelight will be in nowhere.... Its functions and specs are just too basic and no wow factors. How often will people actually dip their phones into water or dusts? Even if it is water resistance, I will rather not do it because who knows actions you did will actually void the warranty after all?

i don't see the dissapointment... still overall its a great phone. i have yet to see htc or samsung do better. let alone aplle lol. nokia is diong great but sadly i don't dig the windows mobile thing myself...

Love how you guys sit behind your computer screen making judgement off from this review, why don't you guys go one and try the one first hand before jumping on conclusion.

I hope they start fixing their software department it really is annoyong to have a good hardware but software cant optimized it hope they really have a update. Cameta and screens really affected this flagship ifthey can improved this sony will be a better player than others

disappointing i was really looking forward to buying this phone, the only selling point for me right now is the design and that its dust/waterproof. The camera really was just a hype and no better than other 8mp flagship phones.

Looking forward to seeing the galaxy s IV and the moto X.

GSMArena, you really should add the poor loudspeaker performance to your "Main Disadvantages" list.

As for Adobe Flash, you probably can get it to work by doing what I do on my Nexus 7: download it from the Adobe Flash Archives on Adobe's site and then use Firefox.

AnonD-77434, 17 Feb 2013Why Gsmarena we didn't see any HDR stil samples in your test...and both Video you posted are H... moreWhat are you talking about they uploaded 2 videos. First the original, then HDR.

Awesome phone. Can't wait to own this. One thing I want to point out is the picture of the Xperia Z Box in page 2. It's smaller that what I have seen online and it also says "DEMO ONLY" "Not for Sale". I hope they release the bigger box version to most if not all countries targeted. It contains a charging dock which is icing on the cake for me.

Why Gsmarena we didn't see any HDR stil samples in your test...and both Video you posted are HDR samples???

Anonymous, 17 Feb 2013sony bravia engine is the best display evarHave you read the review? They are saying that the display got poor viewing angles, poor contrast and weak colors, and the sunlight visibility is not that special either, so how it's the best screen ever? Sony is arguably the weakest player when we are talking about smartphone screens. The only good thing is its resolution which is now becoming the norm for the high-end so there's nothing special really.
To be honest, most high-end droids are basically the same, I really doubt that most users can get any real advantage over slight faster chipsets so what really makes phones better than others on the high-end is things like camera and screen, and we already know that the screen and the camera of this phone are nothing special, so no, thanks, I'll pass this one.

1. So it looks like this Exmor RS sensor is BS and it gives no real advantage. Marketing BS as usual.

2. Display - a crap as usual with Sony flagships. Sony only makes good displays for their competitors like HTC. But not for their own devices.

3. At Tuesday HTC will introduce the phone that will blow this poor "Z" out of the water, from the display through camera quality.

In any case I'd be buying this device when it comes to my country. Unless of course the galaxy s4 packs some exceptional feature set.

BTW, I'm not concerned about the processor/memory but the actual functionality.

ian, 17 Feb 2013Great review and deep... thx GSMArena..but, but.. sorry and excuse me.. am I the only one miss... more"..., but we'll have to complete our battery testing routine to know how the real-life performance stacks up. Those should be ready before the end of the week and we will update this article when they are." Sorry I don't read that.. looking forward to it.. :)

I am getting this phone next! But after an year cause I expect this phone price to go down like the year old Xperia S 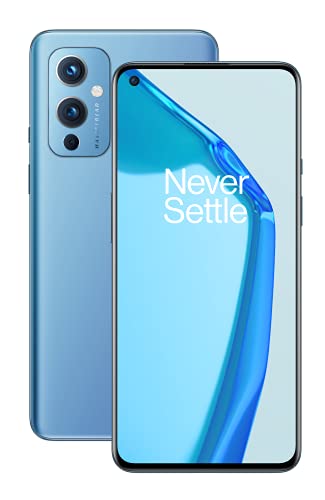