A new BlackBerry PlayBook has become official with some upgraded specs in tow.

Design-wise, RIM's slate looks the same and is running on the same Playbook OS as usual. It does, however, add LTE connectivity, a new dual-core processor clocked at 1.5 GHz (previously 1GHz). The first country to get the 4G PlayBook will be Canada through Bell, Rogers and TELUS on August 9. 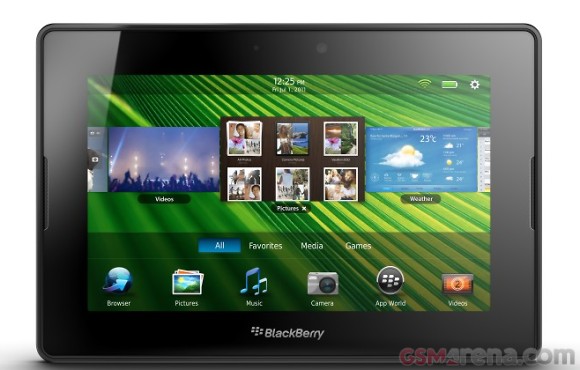 After Canada additional variants of the updated PlayBook will hit US, Europe, South Africa, Latin America and the Caribbean.

The LTE-enabled BlackBerry Playbook will only be available in a 32GB variety. Despite the specs bump, we really don't get why RIM is still fixated on continuing with the Playbook fiasco.

the ones who keeps complaining about RIM, - forgetting about most responsive qwerty keyboard, - anyone who dislike BBM, has never used one (take any advantage of BBM), - touch screen device? android or apple?

i have a playbook and the apps are sorely lacking