HTC may relaunch the One M9 with a MediaTek chipset

"When in doubt, launch a new One M9 version" is probably HTC's motto. This isn’t official mind you, but a poster on ePrice claims that the embattled company is looking to relaunch the One M9 with a MediaTek chipset.

Allegedly the other specs will be the same – 5" 1080p screen, 20MP camera, 3GB of RAM and 32GB of storage stereo speakers and presumably no fingerprint sensor. 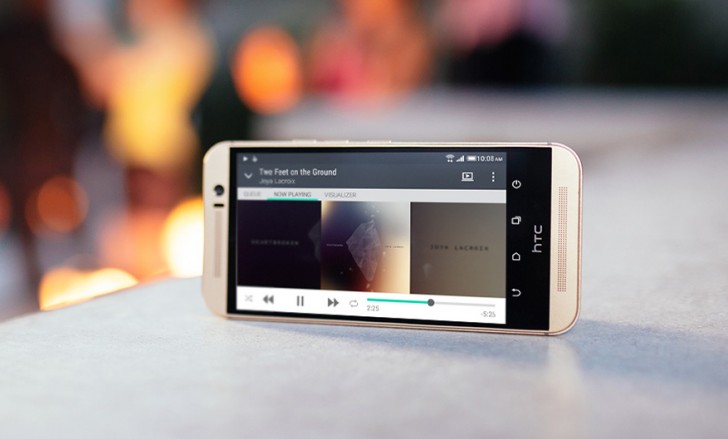 We'd consider this rumor unlikely, though in 2015 HTC has launched several variations of the M9 and even last year's M8 (not that competing makers aren’t guilty of launching many [model name] [extra adjective] phones).

But if the rumor is true, where does that leave the HTC One M9+, which has a better screen (5.2" QHD), a fingerprint reader and an octa-core CPU on a MediaTek chipset? And existing S810-powered M9 users? Well, maybe the rumor is just that – a rumor.

Perhaps he's a cook :-) Though I suspect that e.g. people in the northern regions of Europe, North America and Siberia would welcome these 2015 flagship smartphones. :) Big screen and hot, Oh yeah!

Mediatek's bad reputation is 2-fold. To devs because Mediatek isn't open with their code. To European customers due to no-GLONASS support and hence have worse GPS reception than competing SoC's. I do believe that latter has been fixed in ...

but the real life usage and benchmark shows it overheats like a frying pan. so why are you lieing ?