Rumor: HTC One with bigger 5+ inches screen to launch soon

HTC One reached the 5 million milestone two days ago, which is quite an achievement for the struggling manufacturer. It seems HTC might be preparing different editions of the device in order to increase its popularity and sales. 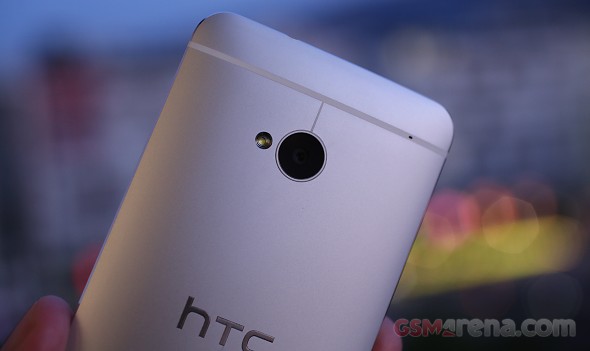 Recently, we've learned a smaller and downgraded version of HTC One (codename M7) might be in the works. Codenamed HTC M4, it will supposedly run on a dual-core chipset with 2GB of RAM and feature a 4.3-inch 720p display plus a similar UltraPixel camera.

Yesterday, we heard rumors about a Google Edition of the HTC One with pure Android OS ticking inside (just like the Samsung Galaxy S4 Google Edition).

And while we are still waiting for confirmation on those rumors, today we got another spicy one. It seems HTC will also launch soon a bigger HTC One version with a screen size of anywhere between 5 and 6 inches. There are no more details on the specs, but we guess the bigger model, if real, should run on the same chipset as the HTC One flagship.

If some of these rumors are true, we guess the announcements should probably happen in the summer.

Where did I say it doesn't affect the audio at all? Learn what you are talking about before opening your mouth. And the logo has nothing to do with performance...in fact liking the logo when the product is bad proves my point of gimmick. The equ...

Cmon man beats is awsum besides the logo looks cool!!! And it does affect the sound while turning on the beats audio.. Plz stop trolling

LOL. Yes beats actually is a gimmick. The crappiest ever