Rumor: HTC One XXL to be like One XL, but with quad-core Krait

Android users have become power-hungry - dual-core processors no longer cut it. If you're among that crowd, this next rumor should give you a twitch of excitement - an HTC One XXL with two extra cores than the XL, better graphics and more RAM.

A couple of leaked screenshots show some of the specs of this purported beast - a 4.7" 720p screen, 8MP main and 1.8MP secondary cameras and a codename, "Closurexxl". 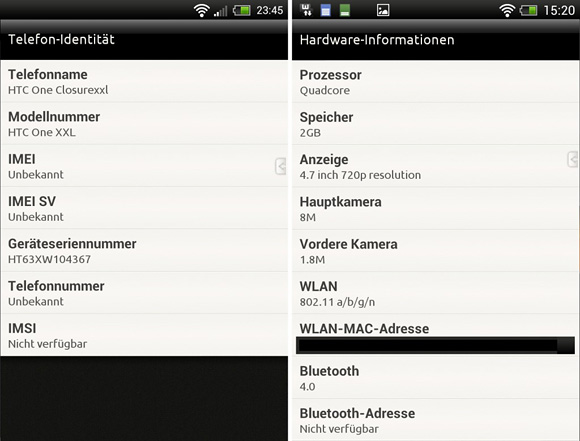 The chipset specs of the One XXL are more interesting though - a quad-core processor (reportedly a Snapdragon S4 with Krait cores), 2GB of RAM and an Adreno 320 GPU plus LTE connectivity.

One chipset matches the description - the Qualcomm APQ8064. There's an old rumor of the HTC Zeta with that chipset and roughly similar specs, but that's from before the HTC One series came to be.

Thanks for the tip, Chris!

please...please what about it price

That's what they said for HTC One S. .. HTC dump their inferior One S with S3 chips on our region. .. HTC "Quietly Over-Promising"