Et tu, Intel? Rumor has it that Intel will be temporarily discontinuing work on MeeGo's development - which coming after Nokia basically put MeeGo in the background as a platform for "long-term market exploration", may well mean the end of the platform altogether. 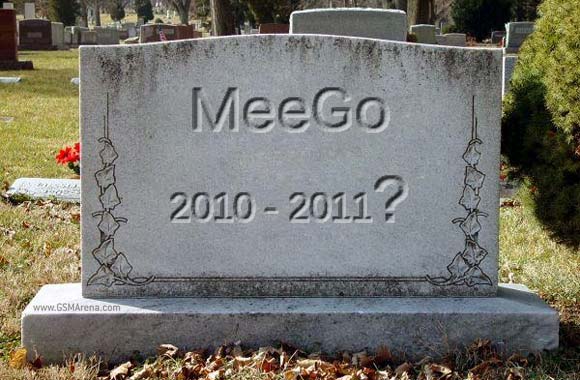 Intel is, of course, denying such rumors, saying that they are still committed to the Linux-based OS.

MeeGo had high ambitions to power anything from smartphones through car infotainment systems to netbooks. So far, we've seen only one MeeGo smartphone (plus one developer-only phone), but that's about it.

Now the rumor mill is pointing towards Android and Windows Phone as the OSes of choice for Intel's handset platforms (remember Pineview?) and saying that the chip giant will stick to hardware from now on.

Of course, MeeGo is an open source platform and even if Intel throws in the towel, the OS can go on as a community project. But that would mean no dedicated MeeGo hardware - just ports of the OS to various existing products.

We'll see how things go, this may turn out to be nothing but a rumor. Considering how few products have made it to the market, however, MeeGo isn't looking too hot even with continued support from Intel.

I m really glad that Samsung is taking an interest in Meego. It is always better the consumers to have more choice than having just 2 players ie Android n iOS dominating it.

Meego is just to good to pass up... I hope Samsung adopts it because mobile tech would benefit greatly from Meego getting into the fray.. Currently, Android is my OS of choice but Meego just has way too much potential.. More than anything that curren...

Samsung is going for Meego! http://www.slashgear.com/samsung-eyeing-intels-meego-tip-insiders-05177067/