As reported earlier, Nokia is working on a Lumia range smartphone with a 41-megapixel camera sensor. The rumored smartphone might well be called the Lumia 1000, which was spotted on a registration page at China Mobile.

Nokia Lumia 1000 was previously rumored to carry the EOS name, though it's unclear if that name will stay now. 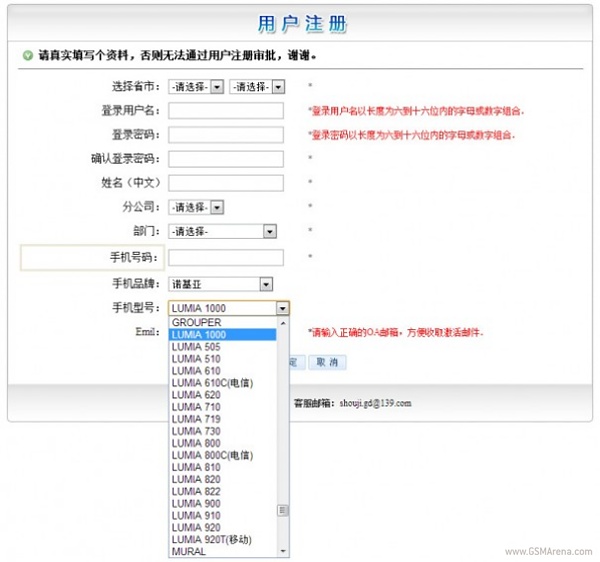 Meanwhile, Nokia's latest Lumia 720 and Lumia 520 have shown up at the website of the Indonesian mobile regulator POSTEL. The smartphones are assumed to be the successors of the Lumia 710 and Lumia 510 respectively.

We all know that Nokia has been working on a WP8 smartphone cheaper than the Lumia 620. Previously we heard about the Nokia Flame and Zeal and those might materialize as the Lumia 520 and Lumia 720.

Nokia might unveil these upcoming Lumia's at the upcoming Mobile World Congress, on February 25, which we'll cover live, so stick around when the time comes.

Wait what? I was searching the news about Lumia 1020 here when I saw the first pic. There the Lumia 730 already exist.....

iam waiting. when it is relese