Rumored Samsung I5801 coming soon to UK as the Galaxy Apollo

Surprisingly, without any announcement, a teaser of the upcoming Samsung Galaxy Apollo showed up on Samsung UK website. It is even more intriguing that Orange UK has already listed it as "Coming soon". Apparently, the Galaxy Apollo is actually the highly rumored Samsung I5801, which we've spotted several times in the last month or so.

The upcoming Samsung I5801 Galaxy Apollo was spotted on the Samsung UK website along with Samsung's hottest smartphones, the Bada-powered Samsung S8500 Wave and the Android-based Samsung I9000 Galaxy S. 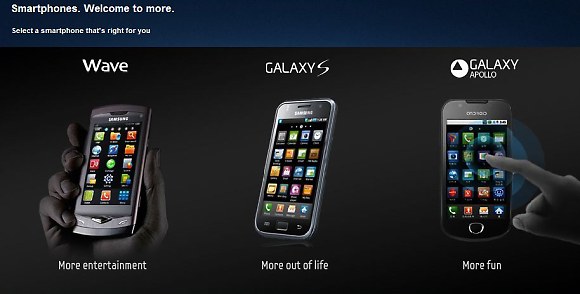 Unfortunately, Samsung doesn't say a word on this newbie's features and we first took it for the European version of the Korean Samsung Galaxy A. As it turned out later, this is the I5801.

Luckily, the helpful guys over in our comments section let us know that there is a partial Galaxy Apollo specs sheet on the Orange UK website. So, the Samsung I5801 Galaxy Apollo will run the Android OS v2.1 and should pack a 3.2-inch touchscreen of unknown resolution as well as a 3-megapixel autofocus snapper. As you already know, the I5801 (previously rumored as Galaxy 3) will also come with support for 802.11n Wi-Fi and Bluetooth and there will be a 3.5mm audio jack and a microSD memory card slot on board. 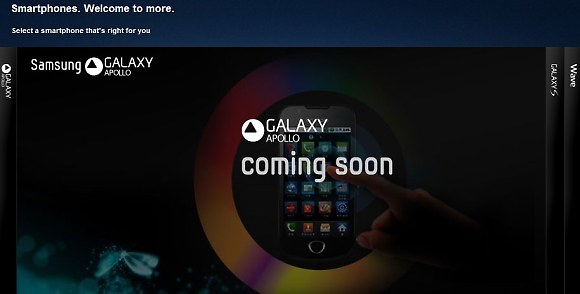 As the UK website of Samsung reveals, the Samsung Galaxy Apollo is coming soon but the company is still mum on the phone's exact launch date and price tag. The same goes for Orange UK.

Thanks to our tipsters!

i have this fone cost me £150 plus tenner top up. its very good the ui is great the buttons great touch response is great gotta say i didnt like the samsung brand but this is great for me videos are alrite too and music even better. cant wait f...

Also the Apollo I think has more capacity to hold android 2.2 FROYO when update comes which is a big advantage than other CHEAPER phones

Who knows what the price is? it's not yet released globally and It has better looks than the LG optimus and has a capacitive touch screen and 16m colors... and if you search more the specs is not yet official so maybe it has better features than what...