The rumored budget range Nokia device that's expected to run Android codenamed "Normandy" will supposedly make its way to market at the very competitive price of around $110. 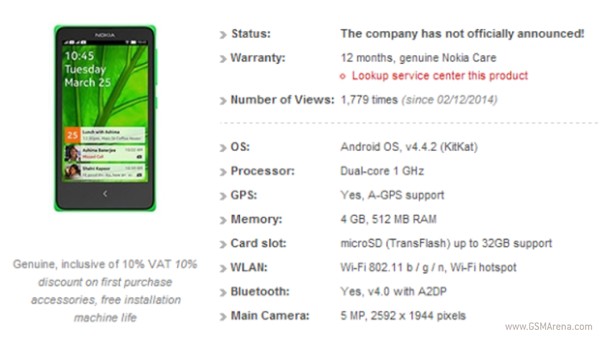 But before you get too excited, the Normandy will supposedly not be able to access Google Play, and instead will run its own app store powered by Nokia, featuring popular Android offerings such as Skype, Facebook, Twitter and others.

Recent leaks regarding the low-cost droid - also known as the Nokia X - reveal that it'll follow the Asha design language, and feature a dual-core 1.2GHz Snapdragon SoC, 4GB of memoery, 512MB of RAM, and a 5MP shooter.

Nokia has scheduled a press event for the first day of MWC this month - February 24. Be sure to check back with us then for the expected announcements from all major vendors.