The Tinhte post that revealed the Galaxy S III test unit may have been pulled down, but it contained more than just a hands-on video - it also had a few 8MP camera samples. Now, the phone is not a production unit and the lighting conditions are far from perfect, but the EXIF data of the samples is still able to reveal a few interesting bits about the smartphone.

That info reveals that the Samsung Galaxy S III has an F/2.6 aperture (the aperture on the S II is F/2.65) and the focal length has gone from 3.97mm to 3.7mm. That means that either the viewing angle of the new Samsung flagship is wider than that of its predecessor (going from 28mm to 26mm in 35mm equivalent) or that the image sensor in the new Galaxy is slightly bigger - about 7%.

Here are the two camera samples: 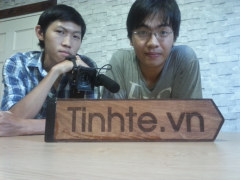 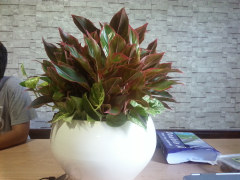 Update: It turns out there are several more camera samples from the Galaxy S III that were uploaded to Picasa.

Note that the EXIF lists the camera software as M0_TEST, so there's more work to be done on it before it's finalized.

samsung comments are displayed by yourself. but u didnt really know the truth. nokia is not a samsung rival... we says "in the end, there's a new beginning", so nokia is still doing their best. that's why other phone manufacturers cant get ...

Nokia is the worst phone. ha ha ha. all nokia lovers are scared about samsung phones. samsung is only company that makes all parts of its mobiles by itself. all nokia and apple displays are made by samsung company.