Samsung aims to dominate the chips market with a $18.6B investment

Samsung is a global leader in manufacturing parts for smartphones and other smart devices, but it has even bigger plans there. The company announced it will investment $18.6 billion in memory chip, SoC, and OLED display production to answer the increasing demand for such components. 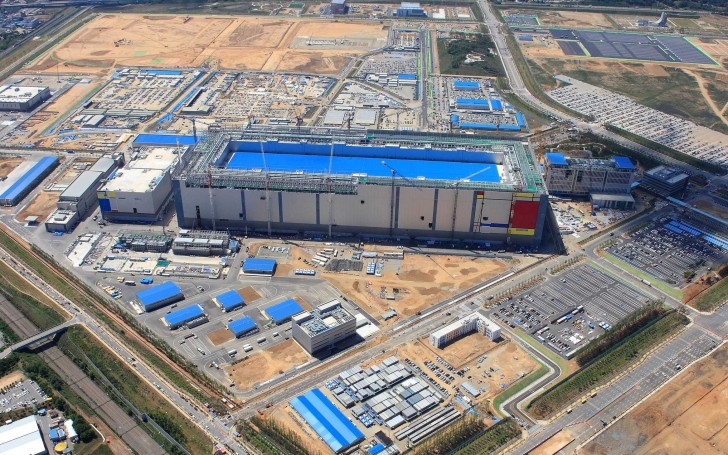 The new complex in Pyeongtaek

According to Reuters, memory manufacturers will post record profits in 2017 due to high demand. Samsung plans to respond with KRW14.4 trillion (about $12.5 billion) put in a new NAND factory. A new production line for semiconductors is also planned. It will cost additional KRW6 trillion, or about $5.2 billion.

For the first quarter of 2017, Samsung accounts for manufacturing 40.4% of all memory chips. Some analysts say that there could be slight oversupply in 2018, but this apparently is not stopping the Korean company from expanding.

Another division of Samsung Electronics is also about to grow. Samsung Display will invest KRW1 trillion ($868 million) to cope with the market need for OLED screens. One of the biggest buyers in 2017 is Apple, ordering at least 70 million panels for the alleged iPhone 8.

Nothing for Intel to worry about. Intel is still bigger than Samsung when it comes to soc.

it is not terrible actually, clearmotion visually better in playing 24fps video than the normal 24fps video. thats the only reason why im still sticking with my current phone.

You do realize that it only gives you the illusion and a rather terrible one at that, the content is still 24fps, interpolation and other implementations are obvious immediately, and makes the content look anything but natural. Reason why I hate all ...