Well, the big Samsung event is happening tomorrow but the company decided to give everyone a sneak peek at what to expect with a full-blown Galaxy Z Flip commercial which aired during the Oscar Awards ceremony last night.

The short ad gives us a full look at the phone from multiple angles with a focus on the device’s camera and video chat capabilities. Throughout the video, the Z Flip is mostly seated at a 90-degree angle which emphasizes the adapted UI elements which display content on the top half of the screen and controls on the bottom.

Samsung clearly acknowledges the crease in the middle of the main screen as one of the fine prints during the ad states: “the crease at the center of the main screen is a natural characteristic of the screen”. We also get a glimpse of the secondary 1-inch notification screen which is in fact a color panel and can display caller IDs alongside other notifications, time and date. 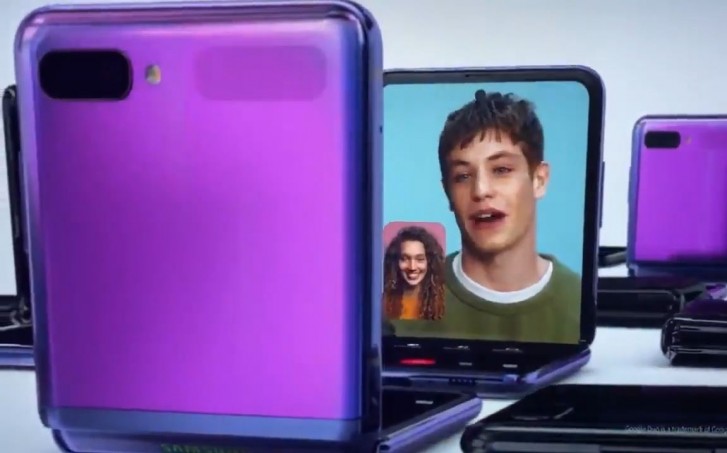 In addition, the ad showed Google Duo running on the Galaxy Z Flip which suggests the Korean manufacturer is bringing native Duo support to its devices. Last week, Google teased an announcement of its own scheduled to take place during Samsung’s Unpacked event and the new ad all but confirms it’s centered around the Duo integration. 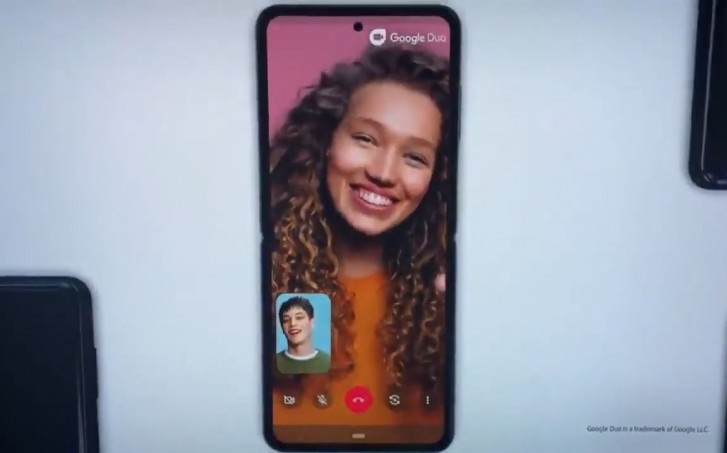 Samsung is excepted to integrate Duo in its own native Messaging app and is rumored to be working on a new form of video messaging which takes advantage of RCS (rich communication services) on supported carriers.

But since vast majority of people already like to put a case with bezel highter by at least 1mm to protect from fall their screen, even with 0.3mm higher bezel on the case (that would add up to 0.6mm, far enough for vast majority of dust) it wouldn't...

As I already said, that's not because the body frame close that the should glasses touch. I never said the glasses should touch and have no gap in between.