Thanks to devices like the Fujitsu Arrows NX F-04G and the vivo X5 Pro, iris recognition seems to be becoming trendy once again. In fact, the technology was quite a buzzword last year and rumors were floating around of the LG G3 and Galaxy S5, flagships at the time, making use of the extra security feature.

Obviously, this didn't come to pass, but, the rumors have been rekindled and industry sources now claim that both major Korean players are already working on their respective solutions for bringing iris recognition to their handsets. Rumors even go beyond, claiming that we could see such tech as early as next year's lineup. 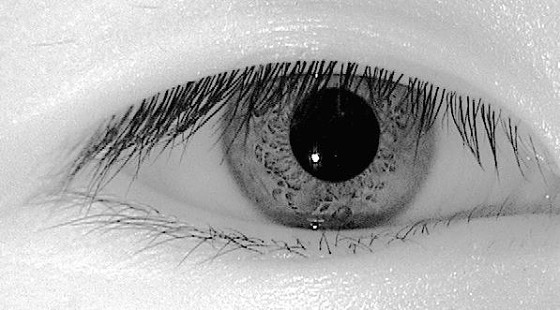 None of this is officially confirmed, but it could, be true, as the aforementioned Fujitsu did make a lot of headlines, solely because of employing the new tech. Both Samsung and LG have to stay trendy and relevant on the extremely dynamic mobile market and if iris recognition is the next gimmick to start a craze, neither can afford to be late to the show.

As far as practicality and usability goes, we are not quite sure if those are currently the main reason for working on iris recognition for mobile devices. Security might be, but only to some extent. It is doubtful whether the new sensor will do a better job at protecting our privacy than the fingerprint readers, which only recently appeared on smartphones in a wave of their own. Let's just admit it - we want to look and feel as cool as possible when using our shiny new phones an iris recognition seems like a perfect new toy to play with. Frankly, however, there is nothing really wrong with this mindset, as it opens the way for even wilder innovations and awesome tech.

Source (in Korean)| Via

Right when Fujitsu announced their Arrows, at least one commenter shared that Arrows NX F-04G will be equipped with an IR camera and IR LED separate from a front cam. See comments here: http://www.gsmarena.com/newscomm-12669.php Though with a fairly ...