Samsung and Oculus took the wraps off an updated and more affordable Gear VR headset. The virtual reality accessory will begin shipping in the United States in November with a $99 price tag. 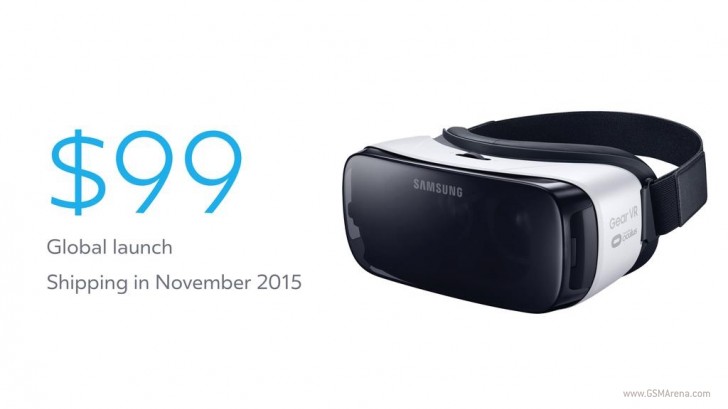 The latest Gear VR will be compatible with Samsung Galaxy S6, Galaxy S6 edge, Galaxy Note5, as well as the Galaxy S6 edge+ via microUSB connection. At 310 grams, the headset is also lighter and more comfortable to enjoy than last year’s first iteration.

In addition to the new Gear VR, Oculus also announced a bevy of upcoming content for the platform. It includes various TV shows from the likes of Lionsgate, Netflix, Hulu, and 20th Century Fox among others, as well as gaming titles that include Minecraft.

Sir, who would even think on walking around with this? I mean, you can do that with it, but whats the point? I see this more like an entertaiment accesory, something to watch movies, or experience the VR by playing some games and that, but I dont thi...

No one could walk around in a Gear VR. Especially on the street. You want to get hit by a car? You have a death wish or something? A man used it on a subway train and he get on the news for using it in public. He was using the Note4 version. The soci...