Along with the Galaxy Alpha, Samsung also debuted the new Exynos 5430 SoC. It is the first smartphone SoC by any manufacturer to be based on the 20nm process. 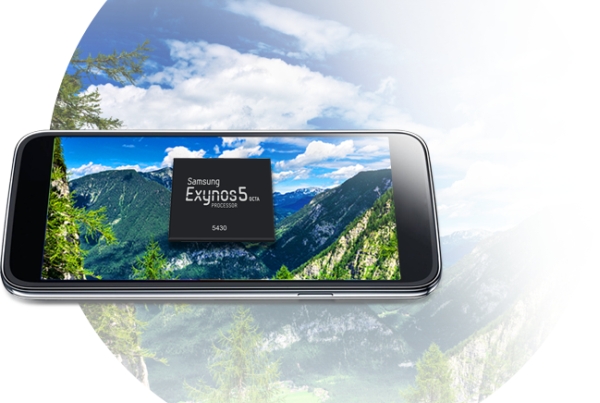 Other than that, there are not huge improvements on the CPU and GPU side. The 5430 is still using ARM's big.LITTLE configuration, with a combination of quad-core Cortex-A15 clocked at up to 1.8GHz and quad-core Cortex-A7 clocked at 1.3GHz. All cores will be maxed out on the Galaxy Alpha to get the most out of the chipset.

There are also other technologies at work here to reduce power consumption, including Mobile Image Compression and Adaptive Hibernation Display technology, which save power during screen refreshes.

The Exynos 5430 will make its first appearance on the Galaxy Alpha. You can see how it performs in our preview of the handset.

64bit means you can have more instructions sets. 4GB needed for 64bit is rubbish thinking..because you believe in the CopyKing Samsung. More instructions means there is shorter way to do something. Stuff that normally takes a couple of clock cyc...

Apple optimized the newest ARMv8 architecture last year already, makes it 6-issuing one instead of 3-issuing. Samsung is still stuck with the ARM reference design, even for the old ARMv7. What a comparison.