We have already seen the 7-inch version of the Samsung Galaxy Tab 3, which was announced back in April. Now Samsung has announced two new additions to the lineup in the form of an 8-inch and 10.1-inch model. 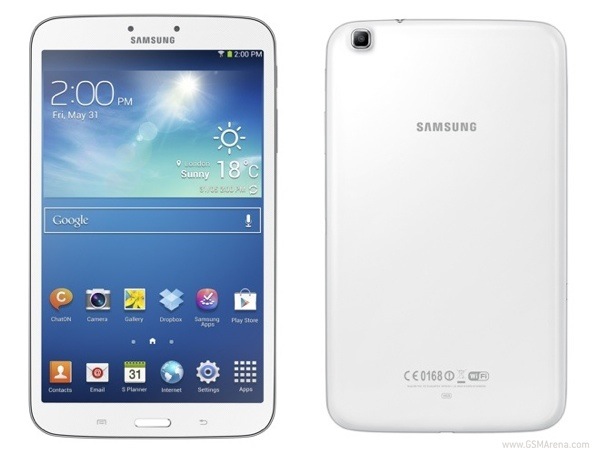 The 8-inch Samsung Galaxy Tab 3 8.0 improves upon the 7-inch by offering a slightly bigger and higher resolution 1280 x 800 display and a faster 1.5GHz dual-core processor. The slate packs a 5 megapixel camera on the back, 1.3 megapixel on the front, 16/32GB internal memory with microSD card slot, 1.5GB of RAM, LTE, Wi-Fi, GPS, Bluetooth connectivity, 4,450mAh battery. It's running on the latest Android 4.2 Jelly Bean. 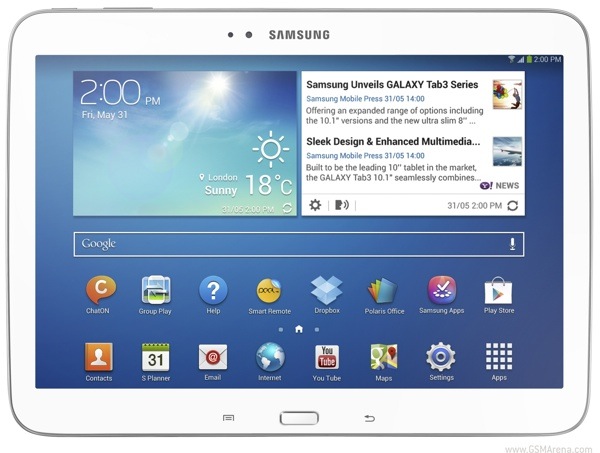 The Samsung Galaxy Tab 10.1 model has similar specifications, including the same 1280 x 800 resolution, only it's stretched over 10.1-inches. Only differences here are a faster 1.6GHz dual-core processor, 6,800mAh battery and strangely, a lower resolution 3 megapixel camera and only 1GB of RAM. Also, as you can see from the image above, Samsung has completely dumped the on-screen keys in favor of physical buttons below the display.

Although there is no mention of it in Samsung's press release, Reuters claims that the Galaxy tab 3 10.1 is running on Intel's Atom processors. We will need to get our hands on the Galaxy Tab 3 8.0 to find out which exact processor is running under its hood.

both tablets camera is worst 3.15 megapixle is worst camera

The Samsung Galaxy Tab3 has been launched in Lagos, Nigeria but can't be found in any shop in Lagos. I can't wait to buy the Galaxy Tab3 8.0.