Samsung has just taken the wraps of its latest A-series phone - as the name implies, the Galaxy A10s is a refresh of the original Galaxy A10 with a couple of key improvements. It adopts a larger battery and adds a rear-mounted fingerprint into the mix - something the standard A10 was missing. 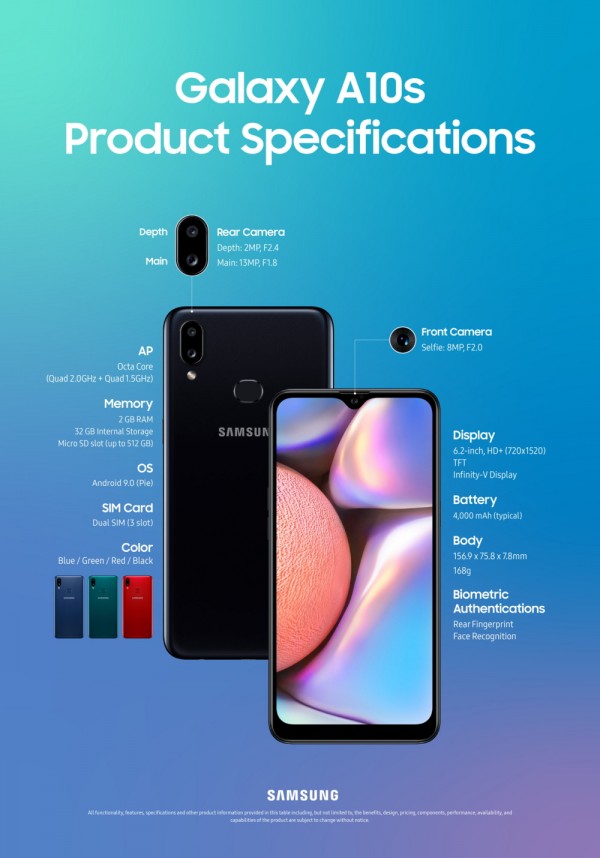 The phone features a 6.2-inch IPS Infinity-V screen (so a v-shaped notch) with a resolution of 720 x 1520px. It is powered by an octa-core CPU (4 cores clocked at 2.0GHz and 4 cores running at 1.5GHz). It also packs 2GB of RAM and 32GB of storage expandable via microSD. 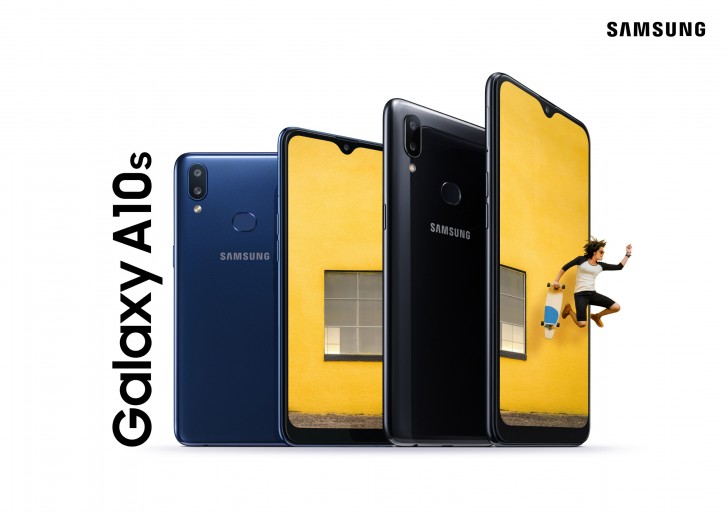 The camera setup on the back consists of a 13MP main unit with f/1.8 aperture and a 2MP depth sensor. The notch houses an 8MP camera with f/2.0 aperture supporting face unlock.

The Galaxy A10s in different colors

Availability is yet unknown but we do know the Galaxy A10s comes in four different colors - Blue, Green, Red, Black.

Never buy smartphone with 2 gb of ram, every will have lag. Their strategy is 2/32 gb configuration.For me better is 3/16 gb cause I can add extra memory but can't add 1 ram.

Damn, who designs this crap?