Samsung Russia announced a trio of DUOS phones, which is the companies line of dual-SIM phones. The three phones are aimed at the low-end Russian market – the cheapest of which will sell for 2000 rubles ($75 or so) and the priciest for 4000 rubles (under $150).

The Samsung E2232 has a microSD slot, a 3.5mm audio jack and a dedicated key for easy access to the music player. By the looks of it, there's a flashlight too. The planned price for this model is 2700 rubles ($100). 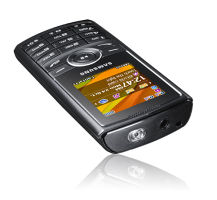 Finally, the Samsung E1182 goes for rock-bottom pricing and offers 11 hours of talk time and nearly 26 days of standby. The phone weighs just 68g, packs an FM radio and will cost just 2000 rubles ($75).

These phones are planned for a May introduction to the Russian market and they all support dual-standby for both SIM cards.

please any one tell me about message memory?? is there any option of protect mesage??? n also about its battery timing is it better then guru mobiles??? please reply as soon as possible i want to purchase it...

some times 1st sim get hang for same time after disconnecting the call frm other......

1st one = Accessibility for your wife 2nd one = business