When Samsung launched its flagship Galaxy S6 and S6 Edge smartphones, they were available in three storage options: 32GB, 64GB, and 128GB. But now, it looks like the 128GB variant has been discontinued in India and the Netherlands. 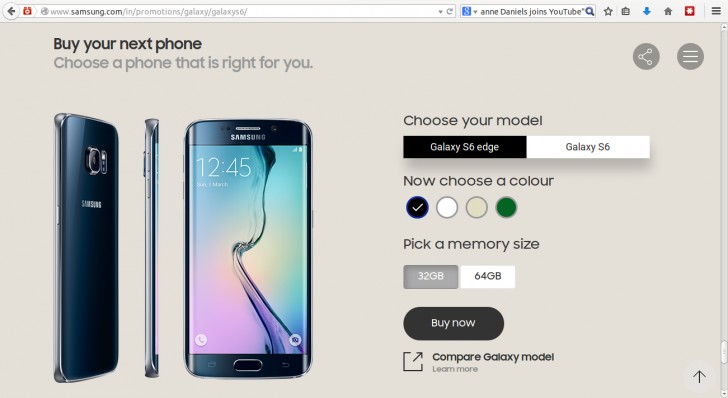 A quick look at the company's Indian website (see image above) reveals that the Galaxy S6 as well as S6 Edge are now only available in 32GB and 64GB options. It's unclear what that means for other markets - we checked Samsung's websites for Canada, Australia, UK, and Singapore, and found that the 128GB variant was listed - but in all likeliness many of them will follow suit.

But they are still cheaper than 128GB iPhones...