Samsung presented another set of new mobile phones at the CeBIT exhibition in Hanover. Those are the D870, E900, Z550 and Z400 sliders, D780 clamshell and i830 Smartphone. 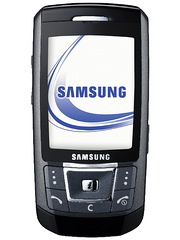 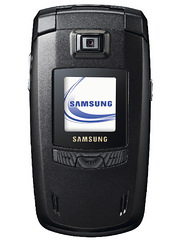 The new SGH-D870 slider has a 2.1" 262K colors display with 240 x 320 pixels resolution. This device also has a 3.13 megapixel camera and 80 MB internal memory which can be assisted via the microSD card slot. The Samsung D870 is very thin (just 13 mm thick) and light (93 g) slider. The phone is tri-band and supports EDGE technology for fast data transfer. It has Bluetooth, PictBridge and USB connectivity also.

The Samsung SGH-D780 clamshell also supports EDGE and is tri-band. It has a 2" 65K colors internal display with 176 x 220 pixels resolution. The external display is 1" 65K with 80 x 64 pixels resolution. The camera of this phone is 2 megapixel. Just like the D870, the new clamshell has 80 MB internal memory but lacks the card slot. It is also a slim phone (15.5 mm). The D780 may be considered as music oriented phone as it has external music keys and Digital Power Amp, 3D Sound and various music formats support. This new device supports Bluetooth, PictBridge and USB connectivity. 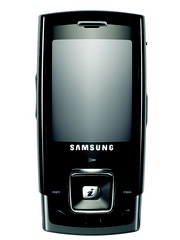 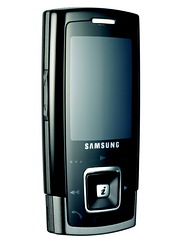 The SGH-E900 tri-band EDGE slider has a 2" 262K colors display with 240 x 320 pixels resolution. The phone is smaller than D870, weighs the same, but is thicker (16.5 mm). It also has 80 MB internal memory and a microSD card slot. E900 has a 2 megapixel camera and standard connectivity features like Bluetooth and USB. This new Samsung phone is also tri-band with EDGE support. 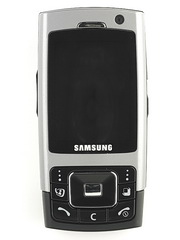 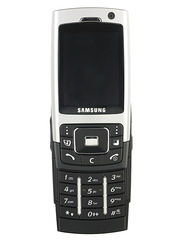 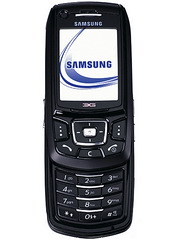 The business class of Samsung has a new addition and that's the Z400 3G slider. This UMTS tri-band phone has 2" 262K colors display with 240 x 320 pixels resolution. The 2 megapixel camera can store photos on the 30 MB internal memory or on the microSD card, that can be put in the slot. It has standard Bluetooth, USB and PictBridge connectivity features. 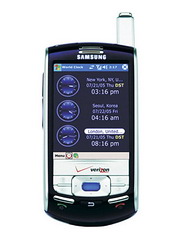 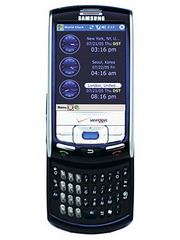 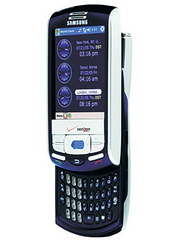 SGH-i830 Smartphone is also present at Hanover. It is a dual-band (900/1800 MHz) device with Global Roaming and CDMA20001X EVDO support. The new slider runs on Windows Mobile 2003 SE. and has powerful music features. It has a 65K colors display with 240 x 320 pixels resolution and 58 MB internal memory which can be expanded via the SDIO card slot. The phone has QWERTY keyboard. It also has Blackberry, Wireless Sync, Goodlink and Bluetooth connectivity. 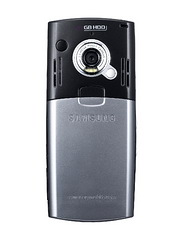 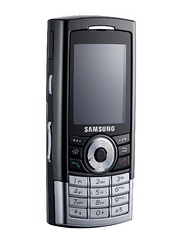 The Samsung i310, which has been announced just recently is also on the company stand at the CeBIT. The 8 GB phone is truly an attraction with its enormous storage space. 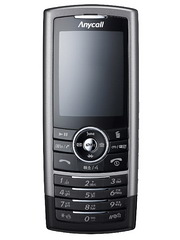 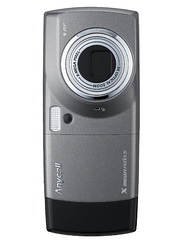 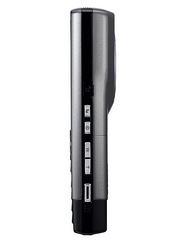 Another big attraction is the SCH-B600 phone with 10 megapixel camera. This phone offers amazing photo resolution, but it is only for the Korean market and does not support GSM standards.

A 10 MP camera??? i think they should release it here in england!!!! MINT camera quality!!! ugly phone tho? oh well cant have everything i guess!!!

Samsung may pump out more phones than they need to, but with models like the D870,you have to admit their pretty good.

Does anyone know how much the Samsung Z710 will cost and when it will be released in Europe? If anybody knows it would be appreciated. Thanks